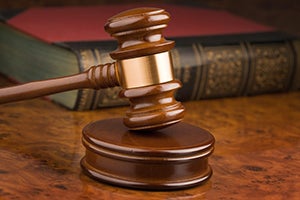 In Los Angeles criminal courts, if you are convicted of a crime where the victim was injured, you could be required to pay restitution to them.

In Los Angeles County Criminal Courts, if you were convicted of a misdemeanor or felony crime where a victim suffered some type of loss, you will normally be required by the court to pay restitution to the victim, which would be a condition of your probation.

Victim restitution is the right of victims of crime to receive payment from the person or entity who committed a crime that harmed them or a family member.

If you have been charged with a crime, such as theft, fraud, robbery or DUI with injury, it's important to discuss a potential victim restitution order from the court with your criminal defense lawyer.

It's important to note that in order to receive restitution, there must be a conviction, whether it came in the form of a plea agreement, a plea of no contest, or a guilty verdict at trial.

Furthermore, the victim has to communicate their losses to the criminal court, prosecuting attorney, or the probation department. By California law, a “victim” is anyone who has suffered some form of physical, psychological, financial harm, or the family or businesses of those harmed.

A “loss” will normally include lost wages, medical and rehabilitation expenses, cost to repair property, and even lawyer fees. Victim restitution in criminal cases is a lot different from filing a civil or personal injury lawsuit.

To give readers a better understanding of California's victim restitution law, our California criminal defense lawyers are providing an overview below.

A victim restitution order is not the same as a restitution fine. As stated above, victim compensation is money sent by the offender directly to the victim.

Judges in Los Angeles criminal courts can also order a convicted offender to pay a fine for what is known as “general restitution.” These payments will go to the California Victims Compensation Fund.

The amount the convicted offender will be order to pay will depend on the on the type and severity of the crime they committed, such as a misdemeanor or felony case. The amount can range from $100 to $10,000.

This fund is designed to provide compensation to violent crime victims to cover cost for medical expenses, rehabilitation, therapy, relocation, or funeral costs.

How is the Amount of Victim Restitution Determined?

Under California law, crime victims are entitled to recover the full amount for “reasonable” expenses or losses.

At sentencing, the criminal court judge will order the convicted offender to pay restitution as a condition of their probation.

The judge will then set a date for a restitution hearing in order to determine the amount the offender will owe the victim. Some criminal charges against the offender could be dismissed as part of a plea agreement.

In these situations, the judge will accept a Harvey Waiver from the offender in order for the victim to recover restitution as a sentence for a dismissed charge.

In other words, a Harvey Waiver entitles a crime victim to restitution for any dismissed count that is linked to the crime and the case.

A Harvey Waiver is an agreement by the defendant that charges dismissed in their case can be considered against them and comes from the California case, People v. Harvey.

It should be noted victim can still collect full restitution from the convicted offender even in situations where they were reimbursed by an insurance company, but the payment will be deducted from the offender's remaining restitution obligation.

As stated above, both the victim and the offender will return to a later court date to address the issue of restitution if the full amount of restitution is not known at sentencing.

Typically, the Los Angeles County prosecutor will communicate with the victim about their restitution claims. The exact amount will be determined at a restitution hearing. It should be noted even if the restitution amount was set at sentencing, the victim can still amend the amount, under certain circumstances, if they find additional losses later.

If the victim does not know the amount of loss at the time of sentencing or the offender want to contest the amount of restitution owed, the court will hold a hearing. The victim has the burden of proving the offender's behavior caused their loss. This means they are required to prove the conduct of the offender was a substantial factor in the loss they are claiming and their expenses are legitimate.

As discussed above, losses by a victim typically include medical bills, lost wages, and the cost to repair or replace property. Therefore, the victim will attempt to prove their loss by providing the court with bills and other documentation that can verify their losses.

In these situations, the standard of proof is known as "a preponderance of the evidence," which simple means it's more likely than not.

If they don't have actual documentation to prove losses, they are still allowed to provide an explanation to the court about what they believe is a loss. If the offender wants to challenge the amount of restitution, then they now have the burden of proof to show the amount is not appropriate.

For example, they could also provide bills or other documentation that shows the victim's bills are not accurate or even unrelated to the case.

Once the court determines exactly how much victim compensation the offender must pay, it's then becomes a part of their probation sentence.

Typically, the judge will either order the offender to pay the victim the full amount of restitution with just one payment, or they will set up a payment plan where the offender can make monthly payments.

If the offender fails to pay the court ordered restitution, the victim can contact the prosecutor who will inform the court. The judge will probably issue a violation of the offender's probation and schedule a probation violation hearing.

It should be noted that only a willful failure to pay restitution will result in more penalties, such as serving jail time.

If the offender genuinely doesn't have money to pay the restitution, they won't be punished. In these situations, the court will schedule what is known as an ability to pay hearing.

It's important to note in situations where the offender claims they have no money; the court could order them to obtain employment so they can pay restitution. The judge also has the option of extending the offender's probation period to make sure the victim receives full compensation.

Victim restitution is a vital function is the California criminal justice process.  If you have been charged with a crime where victim restitution could be involved, or you have already been ordered by the court to pay restitution, you need to consult with our top-ranked Los Angeles criminal defense law firm.

We have over 60 years of combined experience in criminal law and understand how to obtain the best possible outcome on your case. Under some circumstances, we might be able to obtain a civil compromise on your case.

Our lawyers need to first review the details of your case. We serve clients throughout Southern California, including Los Angeles County and the San Fernando Valley.