Under California Senate Bill 384, the sex offender registry rules changed on January 1, 2021, by creating a three-tiered approach to registration.

Under prior law, a defendant convicted of specific sex-related offenses was required to register as a sex offender for life under California Penal Code 290 PC.

There was widespread agreement this system was inefficient and did not serve the primary purposes of the sex offender registry. For example, law enforcement spent a significant amount of timekeeping records and being forced to monitor low-risk offenders.

SB 384 also provides a mechanism for people in tiers one and two to petition the court for removal from the sex offender registry after specific periods and if they meet certain requirements.

However, with few exceptions, if you are convicted of specific sexual offenses in Long Beach, CA, you'll be required to register with local Long Beach law enforcement as a sex offender.

Depending on the severity of the offense, you may be required to remain on the sex offender registry for ten years, 20 years, or for life. Our Los Angeles criminal defense lawyers will review further below.

Passed in California in 1996, Megan's Law now requires the California Department of Justice to notify the public about registered sex offenders.

It does this by maintaining a database of all registered offenders searchable by location. In May 2021, Los Angeles County had more than 14,000 registered sex offenders. Long Beach, California, had 767.

What are the Sex Registry Rules?

If you are convicted of a qualifying sex crime in Long Beach, you must register with the Long Beach Police Department under California Penal Code 290 PC.

As noted above, as of Jan. 1, 2021, California has adopted a three-tiered system for determining how long convicted sex criminals must remain on the registry. Previously, all sexual offenders had to register for life. The new system is categorized as follows:

Tier one covers the lowest risk level offenders under the new registration scheme and includes the following:

Tier two address the more serious sex offenses that fall short of the most serious, including the following:

Tier three covers the most serious sex offenses in California, including the following:

Which Sex Crimes Require Registration as a Sex Offender?

Almost all sex crimes in California require those convicted of these crimes to register as sex offenders. Among the few exceptions are the crimes of statutory rape (PC 261.5) and lewd conduct (PC 647a).

In addition, judges have discretionary authority to require sex offender registration for other non-sexual crimes committed explicitly for sexual gratification.

For example, if you're convicted of kidnapping a child with the intent to molest them, you could still be required to register as a sex offender even if you didn't get convicted for child molestation.

Is It Possible to Avoid Registering through Plea Bargaining or Reduced Sentencing?

Technically, no. If you have been convicted of a qualifying sex crime, the law calls for mandatory registration as a sex offender, and judges do not have the latitude to waive this requirement. The only exception to this rule is if your attorney can negotiate a plea bargain that allows you to plead guilty to a non-sexual offense to avoid being convicted of a sex crime.

Example 1: You are charged with felony sexual battery, and your attorney negotiates to have the charge reduced to misdemeanor sexual battery. You will still have to register as a sex offender because sexual battery is a sex crime.

Example 2: You enticed a minor under the age of 14 to engage in sexual contact with you, stopping short of intercourse. You're charged with lewd and lascivious acts with a minor. If your attorney can convince the prosecutor/judge to let you plead guilty to child endangerment instead, you may not have to register as a sex offender.

Reduction in Time or Removal from Sex Registry

As noted, in addition to establishing the three-tier system, SB384 provides opportunities for reduction in registration time or removal from the sex offender registry.

However, removal from the sex registry is an automatic process. Under Penal Code 290.5 PC, anyone required to register for a tier-one or a tier-two offense can petition the court beginning in July 2020 to be removed from the registry.

You must have completed at least the minimum mandated registration period to be eligible. After the petition is received, law enforcement has to provide a report to the prosecutor within 60 days regarding their recommendation on the petition. The prosecutor then has 60 days after receiving law enforcement's report to request a hearing to object to the petition if they believe continued registration will enhance public safety.

If the court decides to deny the petition, they have to set a period where the petitioner could re-apply for termination from the registry.  It must be at least one year after the failed petition, but no more than five years.

Failure to Register as a Sex Offender in Long Beach, CA

If you're a registered sex offender, you're legally required to update your information with Long Beach Police every year within five days of your birthday or 30 days if you have no permanent address. 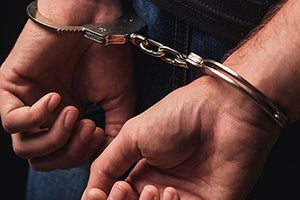 You must also notify the police of your new address every time you move. If the judge restricts you from living near a school or park, you must also obey that mandate.

Failing to keep your registration current is a crime. Generally speaking, you'll be charged with the same level of offense as the crime that landed you on the sex offender registry.

If you need legal representation for a sexual-related crime, contact our law firm to review the details of your case. Eisner Gorin LP is located in Los Angeles County, and you can reach us for an initial consultation by calling (310) 328-3776 or by filling out our contact form.