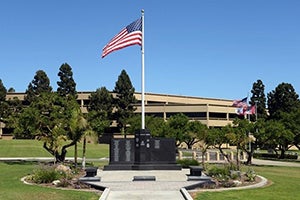 If you have been charged with a crime in Ventura County, California, our criminal defense lawyers have a record of success defending clients against criminal charges in all Ventura County Superior Courts, including at the Ventura Hall of Justice, the East County Courthouse in Simi Valley, and the Juvenile Justice Center in Oxnard.

In any criminal case, your legal rights and freedom are at stake. Our top-rated Ventura criminal lawyers provide superior legal defense in order to protect your future. We are expert courtroom negotiators and know how to obtain the best possible outcome on your case.

At Eisner Gorin LLP, we are dedicated to providing our clients the highest level of legal representation against any type of misdemeanor or felony charges. The next step in preparing your defense starts with contacting our law firm to take a close review of your situation in order to start planning an effective strategy in your defense.

Ventura County has proven to be harsh on those who have been accused of committing a crime. In fact, the Ventura County District Attorney's Office has a reputation for being tough on crime and they will typically aggressively prosecute most offenses.

Ventura county has mostly conservation residents who believe in severe legal penalties for a convicted defendant. In other words, this community is normally hostile to those facing allegation they committed a crime in their neighborhood.

Therefore, if you are facing criminal allegations, you need to have protection by retaining a criminal lawyer with experience the local courts. The types of criminal cases we handle in Ventura County include the following:

In Ventura County, police and the courts act swiftly to any accusations of abusive behavior in the home. Prosecutors take all allegations of abusive seriously and will aggressively pursue any type of domestic violence case.

If convicted, the legal consequences can be severe, but will always depend on several important factors. These include whether the victim sustained injuries, your prior criminal record, and if children were present when the incident occurred. The most common domestic violence related charges include:

Our law firm also has a track record of success defending clients against fraud related offenses, commonly known as “white collar crimes.” Over our decades of exclusive practice in the field of criminal law, we have developed effective defense strategies against fraud crimes.

White collar crimes in California includes a vast number of offenses that can be charged at either the state or federal level. These include such crimes as money laundering, counterfeiting, extortion, mail fraud, wire fraud, financial fraud, RICO conspiracy, among others. However, some of the most common include the following:

We have represented numerous physicians, including general practitioners, dentists, chiropractors, and others, who have been charged with medical insurance fraud.

In Ventura County, California, drug related crimes are one of the most frequently prosecuted on both the state and federal level. We will aggressively defend our clients who have been charged with any type of charges, such as drug possession for sales, drug trafficking, drug transportation, among others.

Have you been accused of a drug crime in Ventura County involving possession of a controlled substance, such as cocaine, methamphetamine, heroin, or ecstasy? Contact our law firm to review the details of your case and legal options. Some of the most common serious drug offenses include the following:

Our law firm has represented many defendants charged with drug trafficking in both California State and federal courts. Depending on the quantity and type of narcotics involved, these prosecutions can involve harsh felony charges potentially exposing the defendant to lengthy prison sentences.

A violent crime charge in Ventura County is one of the most serious offenses you could face. These types of crime are thoroughly investigated by police who typically have specialized divisions within their department dedicated to investigating the case and making arrest.

Our Ventura County defense lawyers have experience on both sides of the aisle. Our law firm partner, Dmitry Gorin, worked in the Los Angeles County District Attorney's office. This experience gives him a unique perspective on how exactly police detectives investigate a violent crime allegation and how the prosecutor will attempt to build their case against you.

We handle any type of violent crime, including assault, battery, assault with a firearm, resisting arrest, manslaughter, and weapon charges. Some of the most serious violent crimes include the following:

Even in the most serious situations, when you might believe there is no favorable resolution to your case after being accused of a violent crime, our experienced criminal defense attorneys will thoroughly evaluate the specific facts in order to determine whether there are mitigating circumstances that could produce a favorable outcome.

Whether you are a first-time offender or have a history of prior arrests and convictions, our main goal is to provide excellent representation to ensure you receive the best outcome possible under the circumstances.

During your initial consultation, we will closely review your side of the story and the allegations against you in order to determine a path forward. Every case is unique and we need to take a close look at the details to formulate a plan. For more information, contact Eisner Gorin LLP at 877-781-1570.