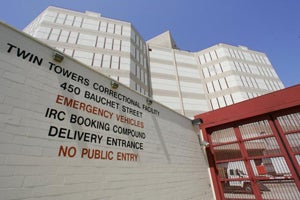 California Proposition 47 makes a change in the law that reclassifies certain minor drug and theft offenses from felonies to misdemeanors.

On November 4, 2014, California voters passed Proposition 47. This change in the law reclassifies certain minor drug and theft offenses from felonies to misdemeanors.

Depending on the weight of the drugs seized, the government may still argue that you were engaged in sales activities, even though you possessed the drugs solely for personal use.

Other indications of sales activity, such as the presence of large amounts of cash, scales, baggies, etc. may still give the government enough evidence to charge you with felony drug sales, even though the amount of the actual drugs seized is insignificant.

Nevertheless, because of the application of Proposition 47, many drug possession cases that would have previously been filed as felonies are now handled as misdemeanors.

Theft Offenses That Qualify Under Prop 47

Proposition 47 also applies to theft offenses such as:

Assuming the loss amount is less than $950, these offenses are now classified as misdemeanors where previously they could potentially be filed as felonies.

When the loss amount exceeds $950 - for instance, in a case where a bad check is passed for $1,000 - a felony theft case can still be brought.

The distinction between having a misdemeanor versus a felony conviction on your record is significant, even if you have already completed the sentence in the underlying case.

Having a felony on your record is a significant impediment to finding employment, travelling abroad, and generally engaging in any activity which requires a background check.

While a misdemeanor on your record may need to be explained by a job applicant, for instance, it will generally not prohibit you completely from finding work. Conversely, many employers will refuse to consider anyone with a felony criminal history.

Petition for Resentencing Under Prop 47

While the potential benefits of Proposition 47 for your criminal record are significant, it is important to note that Proposition 47 is not an automatic early-release provision.

It does not automatically entitle a defendant currently serving a sentence for a felony conviction to a reduction to a misdemeanor and a reduced sentence.

Instead, Proposition 47 creates an opportunity for the defendant to petition the sentencing court for resentencing. The court will then determine if there is an unreasonable risk to public safety posed by granting the requested relief.

In general, courts look to factors such as:

If the court determines that resentencing would create a risk to the public, the petition will be denied.  Otherwise, the court will reduce the defendant's qualifying conviction from a felony to a misdemeanor and resentence them accordingly.

Certain categories of defendants are ineligible for Proposition 47 relief entirely. These include those who have past convictions for sex offenses such as rape or child molestation.

Additionally, those with past violent crime offenses, such as murder, attempt murder, or solicitation to commit murder (murder for hire) convictions, those with serious assault convictions such as those involving assault weapons, or those with any serious or violent felony convictions punishable by a life sentence or death.

Please note that this applies to the defendant's entire criminal history, not just the conviction they wish to have reduced to a misdemeanor under Proposition 47. For instance, if a defendant is currently serving a sentence for felony possession of cocaine, which would normally be reducible to a misdemeanor, but they have a prior conviction for attempted murder, they cannot bring a Proposition 47 petition.

The law considers these offenders to always pose an unreasonable risk to public safety, and therefore excludes them from the normal resentencing procedures.

Since its adoption in 2014, Proposition 47 resentencing petitions have resulted in the early release of thousands of inmates in California. If you, or someone you know, is currently serving, or has completed, a sentence for a felony drug possession or a theft related offense involving losses of less than $950, please contact the Los Angeles criminal defense lawyers at Eisner Gorin LLP for an immediate response about Proposition 47.

You may be able to secure relief that removes the felony conviction from your record, and may even be eligible for a significant reduction in your current sentence.