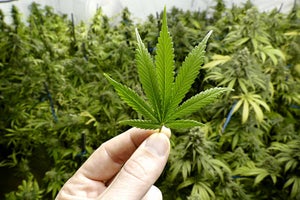 California Prop 64 legalized the recreational use of marijuana by adults 21 years of age or older, under certain circumstances.

Adults over 21 may possess up to 1 ounce of cannabis and 8 grams of concentrate (such as hash). They may also transport and/or give away (i.e. not sell for profit) these same amounts.

In addition, they may homegrown up to 6 marijuana plants, and process and keep the entire harvest from said plants. Absent a medical marijuana recommendation, these activities were all previously illegal and could result in criminal penalties.

Minors up to age 18 are still prohibited from possessing, using, or transporting any amount of marijuana.

However, under Proposition 64, the penalties for such activities have been reduced to:

For those ages 18-20, the penalties for possession up to 1 ounce (or 4 grams of concentrate) or growing up to 6 plants have been reduced from possible jail time to a $100 ticket.

Such offenses are now classified as “infractions,” which puts them on par with offenses such as simple traffic tickets. Infractions cannot, by definition, result in jail time.

This is a significant reduction in the seriousness of simple possession offenses as it relates to marijuana.

Readers should note, however, that simple possession of other drugs, such as cocaine or methamphetamine, can still result in misdemeanor or even felony charges depending on the amount of substance alleged to have been possessed by the defendant.

For everyone ages 18 and up, the penalties for possession of:

This is a significant reduction in potential criminal liability. To take one example, previous law provided for a potential 4-year sentence in California state prison for transportation of more than 1 ounce of marijuana.

Marijuana Use in Authorized Locations

Aggravated cases or multiple violations related to marijuana may still result in felony charges and time in a California state prison.

Sales to minors under age 18 still carries a three to seven year sentence in state prison. Additionally, readers should be aware that while recreational use by adults is legal, it may only take place in authorized areas.

Smoking in an unlicensed public site or where tobacco smoking would otherwise be banned can be punished by a fine. To summarize, marijuana is not completely unregulated or legal to smoke in any setting, and by any person. Before attempting to purchase or use marijuana, readers are encouraged to review the applicable laws to ensure that their conduct is lawful.

Another major benefit available under Proposition 64 is the opportunity for resentencing. A petition for resentencing may be brought in the court which originally sentenced the defendant based on a marijuana-related conviction.

If the new law reduces an offense that was previously a felony to a misdemeanor, the defendant can potentially have their conviction retroactively reduced to a misdemeanor.

If the conviction was for a misdemeanor, and the conduct involved is now legal (or decriminalized as an infraction), the conviction can be vacated completely. Other aspects of the sentence can also be modified.

For instance, a defendant who was granted felony (i.e. reporting to an officer) probation can have his or her probation modified to summary (i.e. non-reporting) probation as a result of the reduction of their conviction to a misdemeanor.

Resentencing may also open up opportunities for expungements and other post-conviction relief that were not available when the original crimes of convictions were considered felonies.

You may be able to petition for resentencing or reclassification and obtain the substantial benefit of having a felony removed from your record, or having your current sentence significantly reduced. Call our law office at 877-781-1570.