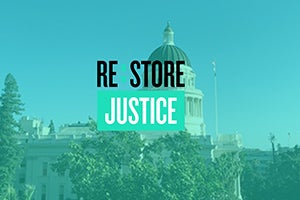 Under California Senate Bill 1437, some people who were proven guilty of felony murder in may be able to get a reduction in their sentence.

Prior to the passage and approval of Senate Bill 1437 in September 2018, California law allowed first-degree murder convictions, which bring a sentence of 25 years to life, for participants in certain inherently dangerous felonies in which a person is killed.

These felonies include arson, rape, carjacking, robbery, burglary, mayhem, and kidnapping. Under the prior law, it was permissible for a person who was a minor participant, but nevertheless liable as an aider and abetter, to receive a life sentence where another participant in the crime actually committed the murder. This is the so-called “felony murder rule.”

For example, the getaway driver in an armed robbery would be liable for murder if the principal, the individual actually holding up the clerk at the store for instance, killed someone during the course of the robbery.

This outcome would apply equally whether the getaway driver had any intent that someone should die during the commission of the crime or not. Murder convictions can also stem from application of the “natural and probable consequences doctrine.”

Under this rule, an individual need not actually intend that their participation in a conspiracy, for example, result in death. However, consider an inherently dangerous conspiracy such as a conspiracy to kidnap and individual and hold him or her at gunpoint to obtain ransom money.

If one of the co-conspirators loses their temper and kills the kidnapped victim, the law considers the killing a natural and probable consequences of the inherently dangerous activity of kidnapping someone at gunpoint. The other co-conspirators, even if they had intended to merely hold the person against their will without causing any physical harm, may still be liable for murder just as if they had actually been the killer.

The new law, Senate Bill 1437, seeks to narrow the scope of both the felony murder and natural and probable consequences doctrine by more closely defining which participants in serious felonies can be charged with murder when someone dies as a result of the commission of the underlying crime.

Certain people who were proven guilty of felony murder in California may be able to get a reduction in their sentence. The new felony murder rule limits who can be prosecuted for felony murder to those who commit or intend to commit a killing.

The new law requires that someone who is not the actual killer:

Under this stricter definition, it is doubtful that a getaway driver, especially if he or she had no knowledge that the principal was armed or intended to do any harm to anyone, could be charged with murder. In other words, under the new law, an individual can only be convicted of felony murder if they:

It should be noted that this law has no effect whatsoever on the ability to charge and sentence murder defendants who are the actual killer. Those individuals face sentencing on either first or second-degree murder charges the same as prior to the enactment of SB 1437.

The new rules effect only the ability of the prosecuting agency to bring murder charges against a non-killer.

The question of whether a non-killer can still be liable as a murder defendant therefore now turns on the specific proof of the defendant's mental state prior to the commission of the crime.

In other words, SB 1437 not only applies prospectively to new cases, but also explicitly provides a mechanism for review of older convictions to vacate prior murder convictions and resentencing defendants where the murder conviction would no longer be permissible under the new standards.

This resentencing procedure will apply to defendants who were sentenced under the felony murder rule or under the natural and probable consequences theory of murder.

Eligibility for Resentencing under Senate Bill 1437

California Senate Bill 437 states that someone is eligible for a reduced sentence if certain conditions are met, including the following:

Again, a non-killer who was nevertheless a “major participant” in the underlying crime and who acted with reckless indifference to human life can still be properly convicted of murder. This means that when reviewing prior convictions, a fact-intensive inquiry must be undertaken to determine what level of participation the defendant offered in the commission of the crime and what mental state he or she possessed.

The hearing will determine whether or not the petitioner's sentence will get reduced. During this hearing, the petitioner doesn't have to show their sentence should be reduced.

Instead, it's the responsibility of the prosecutor to prove, beyond a reasonable doubt, the petitioner's sentence shouldn't be reduced. If they can't prove it, then any allegations and enhancements connected to the murder conviction will be vacated and the petitioner will be resentenced on the remaining charges.

The judge will make the final decision on what new sentence gets imposed. Anyone who is resentenced will be given credit for time served. The judge could also order the petitioner to receive parole supervision for up to three years after the completion of their sentence.

If you or someone you know is currently serving a life sentence for first or second-degree murder in a case where they were not the killer, a thorough review of the trial transcripts, evidence, and other documentation in his or her case may provide an opportunity for vacating his or her conviction and obtaining a reduced sentence.

The Los Angeles criminal defense lawyers at Eisner Gorin LLP provides a thorough review and advise process in which we counsel the defendant and his or her family members about the possible legal options for post-conviction relief as well as a realistic assessment of the likelihood of success for various legal options.

We encourage you to call our office for a consultation to discuss whether your, or your loved one's, case is eligible for review based on SB 1437. Contact our law firm at 877-781-1570.