How Can You File a Brady Motion?

If you are charged with a crime, the prosecution has a constitutional duty during the discovery phase to disclose all material evidence concerning your case—not just the evidence it has against you, but any exculpatory evidence that might work in your favor.

If you or your attorney suspect the prosecution is withholding exculpatory evidence, you have the right to file a "Brady motion" to force them to disclose it. When properly implemented, a Brady motion can often result in a dismissal of charges or even an overturned conviction. 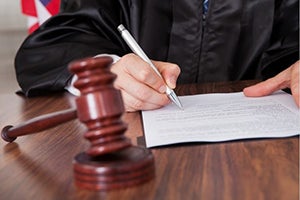 A Brady motion is filed to compel the prosecution to turn over any favorable exculpatory evidence.

In other words, a Brady motion is a defendant's request that the prosecution in a California criminal case hand over any potentially “exculpatory” evidence that might be favorable to the defense.

For example, suppose the defense believes there is surveillance footage proving their client didn't commit the crime? Suppose there is DNA evidence that is favorable to the defendant? A defendant's lawyer could file a Brady motion to obtain this information from the prosecuting agency in these examples.

Typically, a lawyer will file this motion as part of the pretrial process or later if they believe a prosecutor is withholding information. A Brady motion could be filed throughout a criminal proceeding because the prosecution has a legal duty to turn over all exculpatory material whenever it has been discovered.

Suppose a Brady motion is filed and a judge decides the prosecutor withheld evidence. In that case, it could result in the criminal charges getting dismissed, declaring a mistrial, reversing a conviction, and potential charges of prosecutorial misconduct. Our Los Angeles criminal defense attorneys will explain this topic in greater detail below.

What Is a Brady Motion?

A Brady motion is a formal request made to the court to compel the prosecution to turn over any evidence that might be favorable to the defense. The motion comes from the 1963 U.S. Supreme Court case Brady v. Maryland. The Court determined that withholding any material evidence (favorable or negative) from the defendant was effectively a denial of Due Process under the Fifth Amendment to the Constitution.

In other words, the prosecution is required by law to reveal any evidence it possesses regarding your case that could work in your favor and exonerate you. Some common examples of evidence that a Brady motion could seek to include are surveillance video footage, physical evidence, statements from witnesses, and DNA evidence.

Readers should note that the evidence must have a reasonable probability of showing the defendant didn't commit the crime.

When Is a Brady Motion Filed?

A Brady motion can be filed during the criminal proceedings, from the time of the arrest until after a verdict has been reached. Put simply, it can be filed during pre-trial motions, after opening or closing arguments, after cross-examination of the prosecutor's witnesses, and before the defendant's sentencing.

However, it is most often used during the discovery phase, when both the prosecution and defense exchange evidence in preparation for trial.

Under normal circumstances, prosecutors will automatically disclose exculpatory evidence to the defense and any incriminating evidence. The potentially favorable evidence is called a "Brady disclosure." Examples of disclosures may include, but are not limited to: 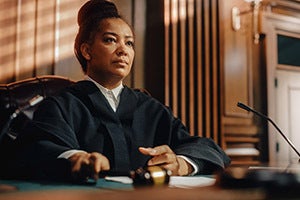 A Brady motion can be filed at any time during proceedings, but usually during the discovery phase.

Suppose your attorney believes the prosecution has exculpatory evidence that they are withholding. In that case, they will file a Brady motion petitioning the court to mandate prosecutors to turn over any potentially favorable evidence in their possession.

What Happens When a Brady Motion Is Filed?

When a Brady motion is filed, it triggers a separate hearing attended by the presiding judge, the prosecuting attorneys, and your defense attorney. At this hearing, the defense attorney will present arguments as to why they believe information has been withheld. As noted, there must be a reasonable probability that the withheld evidence shows you did not commit the crime.

The prosecution will typically counter that they have no such evidence or didn't consider the evidence to be material to the case. The judge will determine what evidence is deemed to be material and immaterial.

What Happens If the Motion Is Upheld?

Suppose the judge agrees with the defense that there is reason to believe the prosecution is withholding exculpatory evidence. In that case, they will issue an order compelling them to turn over the evidence in question.

However, the ramifications of granting a Brady motion run deeper than merely releasing exculpatory evidence because it suggests that the prosecution attempted to deny you due process. As a result, depending on the status of your case and the circumstances, a successful Brady motion may result in any of the following:

In addition, if the judge believes the withholding of evidence was particularly egregious, the prosecution may face charges of prosecutorial misconduct. If you suffered damages due to their actions, you might even be able to file suit for malicious prosecution.

Under California Penal Code 995, a defense lawyer can request the judge dismiss some of a defendant's criminal charges. A “995 motion” applies for all felony charges or misdemeanor and felony offenses. 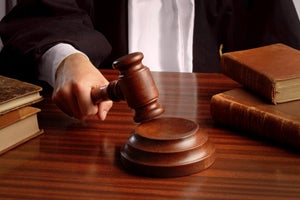 A California Penal Code 995 motion to dismiss is a request to the judge to drop some or all the charges.

This motion could also be filed when the prosecutor is seeking a sentencing enhancement or making allegations of special circumstances. Readers should note criminal charges must be supported by evidence and facts that the judge determines at the preliminary hearing.

If you have been charged with a crime and have a reason to believe prosecutors are withholding favorable evidence, then you should contact us to review the details and legal options moving forward. A Brady motion might be an effective defense strategy in your criminal case.

Eisner Gorin LLP is located in Los Angeles County, and you can reach us for an initial consultation by calling (877) 781-1570 or filling out the contact form.