The State of California authorizes private citizens to arrest perpetrators of crimes in certain circumstances. This provision is codified in California Penal Code Section 837 PC.

If a citizen decides to arrest someone, they can do so on their own or lawfully ask others to help them in the arrest. That being said, a citizen's arrest comes with significant responsibilities. 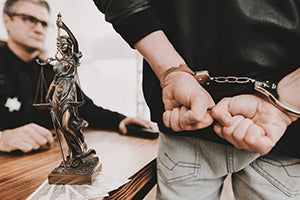 Citizens should understand the legal implications of this provision and be aware of the potential civil and criminal liability that may arise from an improper citizen's arrest.

Suppose a citizen makes a wrongful arrest. In that case, they may face civil action or criminal charges, such as Penal Code 242 PC battery or Penal Code 236 PC false imprisonment. In severe cases, they might even be charged with Penal Code 207 PC kidnapping.

Simply put, California law allows people to make a citizen's arrest in some limited situations. Still, citizens should exercise caution as a mistaken or false arrest could carry harsh consequences. Let's review this state-level law in more detail below.

When Can Citizens Make an Arrest?

Under California Penal Code 837 PC, a private person can make a citizen's arrest only in the following circumstances:

EXAMPLE 1: Martha observes George shoplifting from a store as defined under Penal Code 459.5 PC, a misdemeanor. Martha has the authority to perform a citizen's arrest under PC 837. 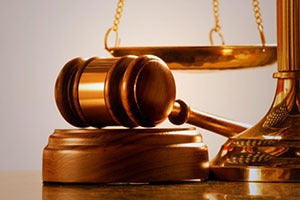 There are some recommendations you should follow if you decide to make a citizen's arrest.

The next day, David sees a news report that the house had been burglarized. David has the authority to perform a citizen's arrest on the grounds that he has “reasonable cause” to believe Greg committed the crime.

EXAMPLE 3: Arnold overhears some friends claiming that a mutual friend, Bob, had beat up his girlfriend as defined under Penal Code 242 PC battery, a misdemeanor.

Regardless of Arnold's strong feelings, he would NOT be authorized to perform a citizen's arrest on Bob because he was not an eyewitness to the misdemeanor.

While PC 837 does not outline any specific process for making a citizen's arrest, the courts have made some recommendations for the best practice. Their recommendations include the following:

Finally, if you have not done so, call 911 and get the police on the scene as soon as possible. A citizen's arrest is primarily to detain the perpetrator until the police arrive.

What About the Use of Reasonable Force?

If the perpetrator attempts to flee, the law authorizes private citizens to exert “reasonable force” to restrain the person until the police arrive.

However, you should exercise caution in doing so because “reasonable force” is determined case-by-case. If the force you use is deemed unreasonable after the fact, you could be subject to either civil or criminal liability.

Any citizen should try to avoid using force when making an arrest or use minimal force if necessary. However, if a citizen uses an unwarranted amount of force in an arrest or excessive force, they could face harsh consequences.

What About Safety Concerns?

Making a citizen's arrest comes with some inherent risks. Keep the following in mind if you decide to make an arrest:

What About the Potential for Civil & Criminal Liability?

Citizens need to understand that there are potentially serious repercussions for making an improper citizen's arrest. Specifically, you could be liable if:

Specifically, suppose you exceed the legal grounds for making a citizen's arrest. In that case, the perpetrator can sue you for any loss or damage they incurred (e.g., injuries, medical bills, time off work, mental anguish, etc.).

If you used too much force or didn't have the authority to use force, you could be charged criminally with Penal Code 240 PC assault or Penal Code 242 PC battery.

As noted, if you did not have the authority to make an arrest, you could be criminally charged with false imprisonment or kidnapping.

What is the Bottom Line on Citizen's Arrest?

While California gives you the authority to arrest a citizen under PC 837, you should always exercise some common sense and be aware of your legal limitations when choosing to do so. Specifically, here are some common sense rules to follow. 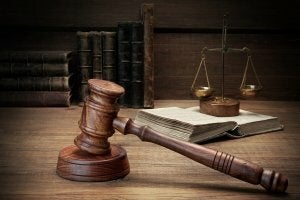 Don't try to be a hero or ignore the safety of other people near you. Don't try to search the arrestee, as you are not the police.

Do not chase the alleged perpetrator on foot or in a vehicle pursuit. It's too risky, and you are placing other people in danger.

Don't attempt to make a citizen's arrest unless you are an eyewitness to the crime or you have ample reason to suspect the person committed a felony.

Be completely clear in your communication when making a citizen's arrest. Make every effort to ensure your safety and the safety of others, and use caution so as not to make yourself legally liable in the process.

You should call 911 as soon as possible and let them know the situation and give a description of the perpetrator.

You can contact our law firm for an initial case review via phone or the contact form. Eisner Gorin LLP is based in Los Angeles, California.