What is Lewd Conduct in Public?

It is a crime to commit lewd acts in public—meaning lewdness committed in public view or in the presence of others who might be offended.

Penal Code 647a PC defines lewd conduct in public as touching your own or someone else's genitals, buttocks, or female breast to gratify sexual desires when you knew or should have known; other people were present who could be offended by your conduct. 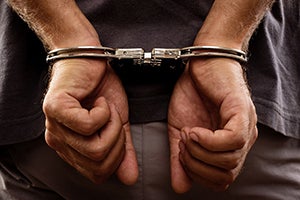 Lewd conduct in public laws makes it a crime to both participate and solicit sex in a public place.

Under this statute, it's also a crime for somebody to solicit lewd conduct in a public place. Simply put, Penal Code 647a criminalizes both participating in and solicitation of lewd conduct.

The term “lewd acts” means inappropriate sexual actions in public for sexual gratification or to offend. Many lewd conduct arrests are due to undercover sting operations by law enforcement.

This crime is codified under Penal Code 647a PC as a misdemeanor offense, punishable by fines up to $1000 and up to 6 months in jail.

While this offense does not require you to register as a sex offender, prosecutors have been known to prosecute this crime in tandem with other charges that do have that requirement.

Our Los Angeles criminal defense attorneys will review the laws more closely below.

What is the Legal Definition of Lewd Conduct?

As defined by PC 647a, lewd conduct in public is described as touching your own (or someone else's) private parts for sexual gratification in the presence of others who would be offended by this activity. It also encompasses soliciting someone else to commit these types of acts.

It's important to note that in California, sexual acts are not crimes in and of themselves, even when done in public places. What makes it criminal lewd conduct is when:

Your motivation could either have been to offend or for sexual gratification.

You could touch your own body, soliciting somebody to touch you or touch someone else. Lewd conduct cases usually involve:

As noted, intimate body parts as defined by PC 647a include any portion of the genitals, the anus, or female breasts from the top of the areola down.

What is a Public Place?

A "public place" is defined as "any place open to the public or exposed to public view." This definition is broad and includes public places like:

It also includes lewd conduct through the open window of a private residence or hotel room if in clear public view.

What are the Penalties for Lewd Conduct in Public?

As noted above, lewd conduct in public is a misdemeanor offense in California. If you're convicted of this crime, you could be facing up to six months of jail time and a fine of up to $1,000.

This is in addition to any other penalties related to additional charges you may also be facing. However, not every conviction results in fines and jail time.

Depending on the circumstances and your attorney's negotiation skills, you may have the penalties reduced to less jail time and lower fines. It's also common for judges to sentence defendants to misdemeanor probation with no jail time involved.

If granted probation by the judge, the terms and conditions usually include counseling, and you will be ordered to stay away from the location where the lewd conduct offense occurred.

When you are convicted of lewd conduct in public, you will not be required to register as a sex offender under California Penal Code 290 PC.

However, if your case involves additional sex-related charges and you are convicted for those, you may be required to register.

What are the Related Offenses?

Lewd conduct is often charged in tandem with other offenses, depending on the circumstances. Examples of related charges may include but are not limited to, the following below.

Indecent exposure (Penal Code 314 PC): Public nakedness or exposure of one's genitals in the presence of those who would be offended. If your alleged act of lewd conduct includes exposing yourself, you could be charged with this crime in addition to lewd conduct. 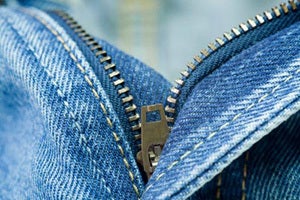 Indecent exposure is described as public nakedness in the presence of others who could be offended.

It is also frequently used in plea bargaining to plead guilty to a lesser charge than lewd conduct because it rarely includes jail time and may even be reduced to a simple infraction.

Loitering around an open toilet (Penal Code 647(d)): This statute makes it a crime to loiter in or around any bathroom open to the public to engage in or solicit any lewd or lascivious act.

Even if the conditions are met for lewd conduct as defined, a skilled attorney can often argue against a conviction or negotiate for reduced charges.

We might negotiate with the prosecutor to avoid the formal filing of criminal charges before court through prefiling intervention. Some common defenses may include, but are not limited to:

Another potential defense is to make an argument you were falsely accused and wrongfully arrested. Finally, you might be eligible for a diversion program that could help you keep a clean record by avoiding a criminal conviction.

Eisner Gorin LLP is based in Los Angeles County and serves people throughout Southern California. You can reach us for an initial consultation by calling (310) 328-3776 or by filling out our contact form.