How Can I Fight Receiving Stolen Property Charges?

California Penal Code 496 PC describes the crime of “receiving stolen property” as when someone buys, receives, conceals, or sells any property they know is stolen.

PC 496 is another California “wobbler” offense that can be filed as either a misdemeanor or felony crime punishable by up to three years in jail.

This theft crime statute specifically deals with anyone who receives stolen property in a situation where they knew it had been stolen. 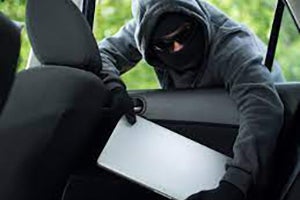 PC 496 makes it a crime to receive, sell, or conceal any property that you knew was stolen.

For example, if you buy cell phones when you know they had been stolen, then you could face criminal charges for violating Penal Code 496 PC.

Another example of violating PC 496 law on receiving stolen property includes someone helping a friend hide property in their home when they knew it had been stolen in a burglary.

Further example includes the owner of a pawn shop owner who knows his customer is obtaining stolen goods, but enters into a buyer-seller relationship with them anyway.

Put simply, receiving stolen property can be filed against you if you buy, conceal, receive, or sell property you in fact knew was stolen. Penal Code 496 defines this crime as:

For more information, our Los Angeles criminal defense attorneys are providing an overview on the statute below.

What Must a Prosecutor Prove for a PC 496 Conviction?

Penal Code Section 496 PC prohibits any person from buying or receiving property that was stolen or obtained by theft or extortion, knowing the property was stolen or wrongfully obtained.

Thus, in order for a prosecutor to convict a defendant of violating PC 496, they must be able to prove several factors that are called the "elements of the crime" under CALCRIM 1750:

In order for property to be obtained by extortion under Penal Code 518 PC, it has to be shown it was taken from someone by use of force or fear and without the owner's consent.

The term “received” property means to take actual or constructive possession and have control of it.

In other words, you don't have to actually be holding the property at your home, rather just having control over it somewhere else is sufficient.

Finally, it must be proven the defendant actually knew the property was stolen when they received it. This crucial element of the crime is a frequent target by experienced criminal defense lawyers.

What are The Penalties for PC 496?

As noted above, the crime of Penal Code 496 receiving stolen property is a “wobbler” that the prosecutor can file as a misdemeanor or felony.

The dividing line between the two level of charges is the value of property at $950. If the loss is less than $950, it will be filed as a misdemeanor. If greater, a felony case will be filed.

Receiving stolen property penalties will depend on whether the case is a misdemeanor or felony.

If convicted of a misdemeanor, the penalties include the following:

If convicted of a felony case, the penalties include the following:

This means an undocumented immigrant could face immigration consequences such as being deported from the United States or denied entry.

As discussed, the crucial factor almost always in dispute is the level of knowledge defendant had when they received the property related to the stolen nature of the property.

For example, pawn shop owners normally have hundreds of weekly transactions. The sale in question did not raise any suspicion and seemed quite ordinary.

In other words, the store owner could have a strong argument they had no knowledge the property they received was in fact actually stolen

Another defense argument could be to focus on defendant's intent. Recall our example where someone allowed their friend to hide property at their home that was taken in a burglary. 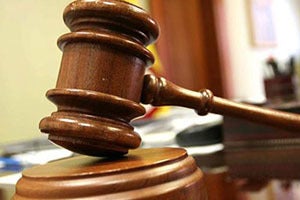 We might be able to argue defendant simply didn't know his friend had stolen the property and was only trying to do his friend a favor and can't be guilty of PC 496 receiving stolen property.

If you are under investigation, or have already been arrested and charged with receiving stolen property that is in violation of California Penal Code 496 PC, contact our team of criminal defense lawyers for an initial consultation.

Negotiation with the prosecutor for reduced charges might be possible, and depending on the circumstances, even a case dismissal.

Further, we might be able to avoid the formal filing of charges before court through prefiling intervention.

Eisner Gorin LLP has two office locations based in Los Angeles County. Contact our office for a consultation at (310) 328-3776.