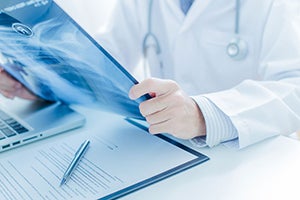 Penal Code 243(d) PC aggravated battery law in California is described as an assault that results in serious injuries to the victim.

Under California law, a battery under Penal Code 242 is defined as an offensive touching. In practical terms, this means that anyone who physically touches someone else without their permission is guilty of a battery.

When that non-consensual, unprivileged touching results in serious enough injuries to the victim, the crime of Battery Causing Serious Bodily Injury in violation of California Penal Code § 243(d) may be charged.

A violation of California Penal Code § 243(d) is also sometimes referred to as an “aggravated” battery, denoting the fact that these offenses are more serious than the typical, or “simple,” battery.

Clearly, the difference between a simple PC 242 battery and a PC 243(d) aggravated battery is the level of injury sustained by the alleged victim. Either way, a battery conviction can have serious consequences that could impact your personal and professional life.

To give readers some useful information about California aggravated battery charges under Penal Code 243(d), our California criminal defense lawyers are providing an overview below.

What is a Serious Bodily Injury?

There is no requirement that the injury require the victim to seek medical attention before the injury is defined as serious.

Many injuries qualify as serious, including those that result in concussion, loss of consciousness, broken bones, loss of function of a bodily part or organ, large wounds, or serious disfigurement.

This list is non-exhaustive. Ultimately, whether an injury is “serious” within the meaning of Penal Code § 243(d) is a fact-intensive question that must be evaluated on a case-by-case basis.

For that reason, the final determination on the serious bodily injury issue is committed to the judgment of the jury at trial.

This can lead to counterintuitive results. There may be cases where there are no broken bones, no loss of consciousness, no disfigurement, etc. but the jury will nevertheless return a guilty verdict based on a finding that serious bodily injury has occurred.

Conversely, there are cases in which the victim suffers an injury which would commonly be thought of as serious - such as a cut requiring multiple stitches - but the jury will acquit the defendant because it finds insufficient evidence of a serious bodily injury.

This means you could face an additional criminal sentence enhancement for a felony aggravated battery if a jury determines the victim suffered “great bodily injury, which is described under California Penal Code 12022.7.

Again, as stated above, it's important to note a “great bodily injury” is separate and distinct from “serious bodily injury.” GBI is described as a significant or substantial physical injury.

You have to fall back on the description of a great bodily injury – a significant or substantial physical injury.

While, in general, great bodily injury is a stricter standard than serious bodily injury, this is another fact-based determination which is left in the hands of the jury at trial.

If the jury determines the victim's injuries were at a level of great bodily injury, then you are facing an additional three to six years in a California state prison – on top of the sentence you receive for the conviction of violating Penal Code 243(d).

Battery Causing Serious Bodily Injury can be punished as either a misdemeanor or a felony under California law.

A felony violation of the same section, on the other hand, can be punished by a maximum of two, three, or four years in state prison, a $10,000 fine plus penalty assessments, or both.

Conviction for a felony violation of Battery Causing Serious Bodily Injury will additionally result in loss of gun rights.

Again, If in a felony prosecution, a great bodily injury enhancement is found true by the jury, the defendant can receive an additional three to six years in state prison.

It should be noted there are several California offenses that are closely related with battery causing serious bodily injury under Penal Code 243(d) including:

Each of these offenses above will carry different legal penalties based on a variety of factors.

These include self-defense or defense of others, by which the defendant argues that they responded to the victim's initial aggression with reasonable force to protect themselves or another person from imminent bodily injury or death.

Specific to Section 243(d) cases, the defendant will try to argue that even if they committed an assault, the victim's injuries were not “serious.”

This argument, if successful, can result in the reduction of the charges to a Simple Battery pursuant to Penal Code § 242 which carries significantly lower consequences at sentencing.

A Penal Code § 243(d) violation for Battery Causing Serious Bodily Injury is a serious criminal charge, particularly if charged as a felony and especially when a great bodily injury enhancement is alleged.

Taken together, the defendant can potentially face up to a decade in state prison.

If you, or someone you know, is charged with a violation of Penal Code § 243(d), contact our experienced criminal defense attorneys for an initial consultation.

We can discuss the important steps to take to maximize the chance of a successful outcome, including before the first court date through a prefiling intervention.