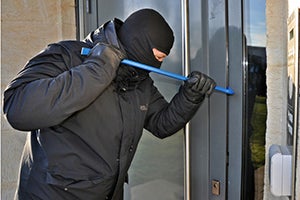 If accused of burglary in California, you could be charged under different statues depending on the specific details of the case.

Burglary is often a serious felony offense in the state of California which potentially carries lengthy prison sentences.

However, it is important to distinguish between what is most commonly thought of as burglary - a first-degree residential burglary - and other related offenses such as second-degree burglary, shoplifting, and possession of burglary tools.

Each distinct offense carries its own punishment range and elements. Even if a more serious form of burglary is charged, it may be possible to persuade a court through a preliminary hearing or an appropriate motion, or a prosecutor through plea negotiations, to reduce the offense.

A preliminary hearing is one of the crucial stages a felony prosecution under California State law.

A defendant has the constitutional right to a preliminary hearing and they are designed as a system where the prosecutor must demonstrate there is sufficient evidence to believe a crime was committed.

They are often called a probable cause hearing to weigh sufficiency of the evidence.

After a preliminary hearing, the prosecutor and the criminal defense lawyer will normally appear before a judge and make pre-trial motions. Some common motions include a Motion to Suppress and a Pitchess Motion.

In order to give readers a better understanding of the crime of burglary and related offenses, our California criminal defense attorneys are providing an overview below.

The most serious form of burglary is a first-degree residential burglary. Penal Code 459 defines the crime of entering a residential structure with the intent to commit a crime therein.

The crime intended must be either a felony or a theft within the meaning of the Penal Code. See CALCRIM 1701 – Burglary Degrees.

Entering with the intent to commit a misdemeanor not related to theft would still be a crime of course, but could not be properly charged as a burglary.

The definition of a residential structure is surprisingly broad. It includes houses and apartment units, but also an individual room within a house, a houseboat, a motorhome, an inhabited portion of an otherwise commercial building, or a hotel or motel room.

In short, any structure or portion thereof which is used as a habitation falls within the meaning of a residential structure for burglary purposes. See CALCRIM 1700 – Burglary.

A first degree residential burglary is a felony punishable by two, four, or six years in the California state prison and a fine up to $10,000.

Also, a first-degree burglary will count as a “strike” offense under California's “Three Strikes” law. A first-degree residential burglary can never be reduced to a misdemeanor.

A second-degree burglary, also frequently known as a “commercial burglary” is the crime of entering a commercial building with the intent of committing a felony or a theft. Commercial structures include businesses, stores, or any other type of structure which is not residential.

Second-degree burglary is considered less serious than a residential burglary based on the lower risk to human life posed by entering a commercial structure without permission.

For that reason, second-degree burglary carries the lesser punishment range of 16 months, two years, or three years in the California state prison, and a fine up $10,000.

Second-degree burglary can also be punished initially, or reduced after the fact, to a misdemeanor which is punishably by up to one year in the county jail. Some common related crimes for Penal Code 459 burglary include Penal Code 211 robbery, and Penal Code 602 trespassing.

An even lesser burglary-related crime is the crime of shoplifting pursuant to Penal Code § 459.5.

Shoplifting is the crime of entering an open commercial business with the intent to commit a theft therein.

This is distinguished from burglary by the fact that the commercial area entered was not open to the public at the time of the entry.

The two crimes share the element that the individual must have intended to commit a crime upon entering. When the loss amount is under $950, a shoplifting charge pursuant to Penal Code § 459.5 may be brought.

Shoplifting carries a maximum penalty of 6 months in the county jail, a fine, or both.

However, it should be noted that some defendants could face more severe felony penalties for PC 459.5 shoplifting. A defendant who could face harsher consequences are anyone who has a prior conviction for certain California crimes.

These include sex crimes that require them to register as a sex offender, Penal Code 187 murder or attempted murder, violent felonies punishable by life in prison, and more.

Another related offense to burglary is possession of burglary tools pursuant to Penal Code § 466.

This offense requires proof that the defendant possessed tools with the intent of using them to commit a burglary offense under Penal Code § 459.

Interestingly, making or copying a key to a structure which is the object of a planned burglary without the permission of the key's owner is also punishable as possession of burglary tools under Penal Code § 466.

Common burglary tools, aside from copied keys, include

Again, the issue is the defendant's intent.

Most of these items would be perfectly lawful to possess for the average individual. The prosecution will need to show by circumstantial evidence that the particular possession was unlawful based on the defendant's criminal intent.

Possession of burglary tools pursuant to Penal Code § 466 is a misdemeanor under California law punishable by up to 6 months in county jail, a fine, or both.

If you or a family member is under investigation for, has been arrested for, or has been charged with a burglary or a burglary-related offense, contact our experienced criminal defense attorneys for a consultation.

We have extensive experience in all type of theft related crimes and a track record of success.

We need to first review all the details of your case in order to determine an appropriate strategy to obtain the best possible outcome on the case.

Through prefiling intervention, it may be possible to reduce charges to a less serious offense or have a case rejected outright for insufficient evidence.

Even after the case is formally charged in court, effective plea negotiations can work to minimize potential punishment and avoid the onerous consequences of a felony burglary conviction.