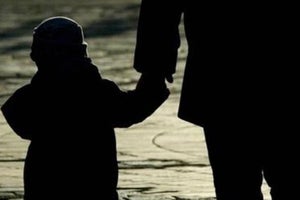 Child abduction is describes taking or concealing a child to keep them away from their legal custodian, and also called "parental kidnapping."

Child abduction laws are covered under California Penal Code Sections 277-280, which basically describes child abduction as the taking, enticing, keeping, or concealing a child with specific intent to keep them away from their legal custodian. It's commonly known as parental kidnapping.

It should be noted this law only applies when you don't have any legal rights or custody of the child. In Los Angeles County, this type of criminal offense typically occurs when parents, step-parents, or family members are in a dispute over child custody when they don't have legal custody.

In some cases, in an attempt to gain some type of perceived legal advantage, one parent will falsely accuse or exaggerate the facts to have the other parent arrested believing they will be awarded full custody of their child.

Any criminal allegation involving children will be taken seriously by police and Los Angeles County prosecutors. If you are convicted of child abduction, you will most likely face jail time, loss of your custody or visitation rights, and be placed on a protective order that could prohibit any type of contact with your child.

A common example of child abduction occurs in a situation after parents are divorced. The family law court ordered weekly rotating visitation by each parent, making both parents unhappy as they were seeking full custody. When one parents attempts pick up their child, the other refuses any visitation. Soon thereafter, upset they don't have sole legal custody, the parent moves to another country with their child.

Whatever the reasoning by one parent, after a child is abducted by a parent without legal custody, the Los Angeles County District Attorney's Office of Child Abduction Unit will get involved in the case. Typically, child abduction cases will involve the family court, juvenile court, and criminal court as it could be a felony offense under California law.

Of course, not all child adduction cases involve disputing parents. Some will be kidnapping. If you have gave been accused of child abduction, you need to consult with a Los Angeles criminal defense lawyer at Eisner Gorin LLP immediately.

Now that we have described a general overview of child abduction, let's examine more closely the legal definitions below.

It's common for people to get confused over child abduction and kidnapping. What's the difference? Kidnapping is a much more serious crime. It's described as a forcible abduction, stealing, or taking away another person a “substantial distance” by force or threats with intent to cause harm, or detain someone against their will.

Additionally, kidnapping is a crime made against a person of any age. Child abduction is typically unlawful interference in child custody, meaning depriving the other parent the right to custody by impeding their legal right to be with their child. In this context, a child must be under 18 years old.  It does not normally involve taking the child against their will or using force or threats.

Under California laws, there are several Statutes that describe the criminal offense of child abduction. These include California Penal Codes Sections 277-280. Basically, Penal Code Section 278 describes having no right to custody, and PC 278.5 describes depriving the right to custody, which means you impeded another person's legal right to be with the child.

Let's describe the most relevant below:

Once ordered, it remains in effect until it expires, modified, or rescinded by the court. A “lawful custodian” is any person, or guardian having a right to custody of a child. A “right to custody” simply means having the right to the physical care, custody, and control of the child.

In order to be convicted of child abduction under California Penal Code Section 278, the Los Angeles County prosecutor has to be able to prove, beyond any reasonable doubt, all the elements of the crime. These include:

It's important to note that abduction can be quite subjective when attempting to prove you committed child abduction. The LA County prosecutor must be able to show you acted in a malicious manner, meaning you specifically intended to take or conceal the child from the other parent.

Under California law, child abduction is a “wobbler,” meaning the prosecutor and judge have the discretion to pursue the case as either a misdemeanor or felony crime.

If you are convicted on a misdemeanor offense, the legal penalties include up to one year in a county jail, a fine up to $1,000, loss of visitation rights, and a protective order.

If you are convicted of a felony child abduction case, the legal penalties include 16 months, 2, or 3 years in a California state prison, a $10,000 fine, felony probation, loss of visitation rights, and a protective order.

You might also be subjected to paying restitution for cost associated with locating and returning the child to the parent or legal guardian. If you have any questions, call our Los Angeles criminal defense law firm.

There are certain aggravating factors the court will use to determine the legal penalties. These factors also help the judge determine if the child abduction will be a misdemeanor or felony case.

These aggravating factors that would be presented by the prosecutor typically justify a harsher sentence. They are described under California Penal Code Section 278.6 and described as follows:

Under California Penal Code Section 278.6(b), it should also be noted there are certain mitigating factors the judge will normally consider that could lessen your charges or sentencing. These will typically be presented by your criminal defense lawyer. These mitigating factors include:

Our Los Angeles criminal defense lawyers can use a wide range of legal strategies to defend you against charges on child abduction. The potential legal defenses include:

Lawful custody – In some cases, our lawyers might be able to argue you had a reasonable belief you had full right to custody or visitation at the time. If we can show you were entitled to custody at the time of the alleged abduction, you can't be guilty.

Protecting the child – In certain situations, our criminal attorneys might be able to show you had a reasonable belief the child was in imminent danger of physical injury, emotional harm, neglect, abandonment, or abuse. In other words, you were acting in defense of the child and were attempting to protect them.

No malicious conduct – One of the key elements of the crime is that the prosecutor has to prove you acted maliciously; with intent to take, entice away, or conceal the child from the lawful guardian. We might be able to prove you conduct was not malicious, but rather a mistaken belief.

False accusation – It's not uncommon for an ex-spouse to falsely accuse the other parent of child abduction or other crimes in order to gain an advantage in a bitter child custody battle. Our attorneys might be able to prove you were falsely accused or wrongfully arrested, or there is insufficient evidence to convict you of child adduction.

She was the target of an international manhunt after failing to return to Los Angeles with her children after a European vacation. It was a violation of a child custody order by the court, which had allowed her to travel with her two sons to the Czech Republic. However, she never returned and was even accused of disguising her boys to make them look like girls.

Attorney Dmitry Gorin was able to negotiate a favorable plea bargain where she did not have to serve any jail time. Instead, she pleaded guilty to one count of child deprivation and was only sentenced to 3 years of probation and pay restitution.

If you are under criminal investigation, arrested, or already charged with committing child abduction, you need to contact a Los Angeles criminal defense attorney at Eisner Gorin LLP right away.

A conviction for violating California Penal Code Section 278 or 278.5 can carry harsh legal consequences. Let's us review the details and start planning a strategy to obtain the best possible outcome. Contact us at 877-781-1570.