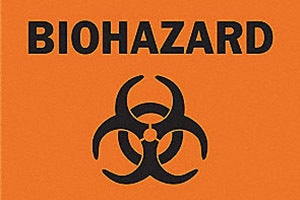 Environmental crimes in California are offenses that endanger the community through dumping, leaking, or introduction of toxic chemicals into the environment.

There are numerous state and federal laws that are intended to protect environmental interests. Any violations of these laws can result in harsh penalties.

Anyone accused of certain environmental crime could not only face jail time, but also be ordered to pay the costs of resulting cleanup. Any individual or company that believes they might be under am investigation for an environmental crime needs to consult with a lawyer as soon as possible. Violations of these laws can also face the possibility of civil sanctions and criminal penalties.

Depending on the nature of the alleged violations, you could be asked to pay the costs of specific environmental damage which can be a significant amount.

For any business, if it was determined that environmental violations have occurred, it could result in having to make very expensive changes in the way they operate which might force closure of the business.

Environmental crimes are those offenses in which endanger the community at large through the dumping, leaking, or other introduction of toxic chemicals or other substances into the environment.

One distinguishing feature of environmental crimes is that, while they can be intentional especially in the case of illegal dumping, they do not necessarily require intent that anyone be endangered by the unlawful conduct.

California Penal Code Section 372 criminalizes the creation, maintenance, or failure to remove of a “public nuisance.”  A nuisance is anything that affects or endangers the health, safety, or morals of the community. As used in this context, the word “public” means that the nuisance in question must endanger third parties.

There are hypothetical situations one could imagine where a purely private nuisance is created, such as by a defendant who improperly handles toxic substances purely within their own home such that no one else is potentially harmed.

Creating, maintaining, or failing to cure a public nuisance is a misdemeanor under California law which is punishable by a maximum of six months in county jail, the imposition of a $1,000 fine, or both the fine and imprisonment.

Defenses to a nuisance charge under Penal Code Section 372 include lack of notice to the defendant of the existence of the dangerous condition or that the condition in question was purely private, meaning it only endangered the defendant him or herself and not the community at large.

California Health and Safety Code 25510 requires any handler of hazardous materials – whether chemicals, flammable liquids, or any other dangerous item – or the employees or agents of any such handler who become aware of a spill or other release, or threatened release, of dangerous substances to immediately contact government authorities.

The failure to notify the relevant environmental protection agencies when a release or threatened release is identified is a criminal offense.

California Health and Safety Code 25189.5 addresses the improper disposal of hazardous waste. Three different scenarios are covered by Section 25189.5. First, this provision criminalizes the knowing disposal, or causing of disposal, of hazardous waste at a facility which does not have a permit for such activity.

Third, this section prohibits the treating or storage of hazardous waste at any unpermitted facility. Each of these violation types can be prosecuted as either a felony or a misdemeanor under California law.

Note that unlike the foregoing sections, this subsection reaches recklessly indifferent conduct as well as knowing conduct.

It is also directed at the potential harm to third parties caused by fire and explosions associated with hazardous materials, among other harms, as opposed to simply the unpermitted handling of such materials.

A violation of Section 25189.6 is a wobbler under California law, meaning it can be prosecuted as either a felony or a misdemeanor. If it is a felony, the penalties are 16 months, two years, or three years in California state prison. If it is a misdemeanor, the maximum penalty is one year in the county jail.

If you were arrested or believe your business in under investigation for an environmental offense in Southern California, you need to seek experienced legal representation.

Our Los Angeles criminal defense lawyers will protect your rights and work to negotiate the best possible outcome on your case. We need to first review all the details of your case to examine all available options.

Environment crimes are treated seriously under California's criminal law provisions and are prosecuted aggressively by prosecuting agencies across the state. Depending on your jurisdiction, additional environmental law provisions which exist under city or county municipal ordinances may also apply.

If you, or someone you know, has been charged with or is under investigation for an environment crime such as public nuisance, improper storage or disposal of hazardous waste, or creating a substantial risk to the public due to improper handling of hazardous material, contact our experienced team of criminal defense attorneys for an initial consultation.