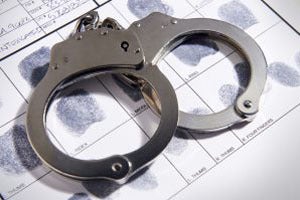 PC 653f criminalizes the act of soliciting someone to commit certain crimes by means of encouraging or recruiting another person to commit a crime.

By law, just asking someone to commit a crime qualifies as soliciting the commission of a crime. It's also important to note that not all California crimes are covered Penal Code Section 653f.

An example of a solicitation to commit a crime could include a situation where someone is in a California state prison and discovers his girlfriend is dating another man. He writes a letter to a friend on the outside asking them to seriously assault the guy with a weapon to send a message to stay away from her. His letter is received by his friend, who decides not to carry out the assault to stay out of trouble.

The return letter is intercepted by prison officials who routinely monitor outgoing mail, and they discover the inmate was soliciting someone to commit a crime. In this example, the inmate could be charged with violation of California Penal Code Section 653f., solicitation of someone to commit a crime. Again, it does not matter if the solicited crime was actually completed, just the request is sufficient to support the charge.

If you have been accused of soliciting the commission of certain crimes, you need to consult with a Los Angeles criminal defense lawyer at Eisner Gorin LLP immediately. Don't make any statements to police detectives as you might incriminate yourself. Let's examine some legal definitions below

What is the Legal Definition?

Under California Penal Code Section 653f, solicitation to commit a crime is legally defined as follows:

The lists of crimes that are covered under Penal Code Section 653f, solicitation to commit a crime include the following:

Call a Los Angeles criminal lawyer at our office for addition information on soliciting the commission of certain crimes under California Penal Code Section 653(f).

Legal Penalties for Soliciting a Crime

Solicitation of other offenses included in California Penal Code 653f are known as a “wobbler.” This means the prosecutor has the discretion to file the case as either a misdemeanor or a felony offense.

In addition to any potential jail of prison, if you are convicted of solicitation of a crime, you will also face probation or parole term, lose your professional license, face deportation if you are an undocumented immigrant, and lose you firearm rights.

The crime of soliciting someone to commit a crime is typically proven with the testimony of at least two witnesses, or testimony of just one witness, and corroborating evidence.

The witnesses are normally people who were solicited. Corroborating evidence is any evidence that connects you with the commission of the crime and separate from the evidence provided by the witness.

Corroborating evidence could include your conduct, acts, or statements that have a tendency to connect you to the solicitation of a crime offense. As stated above, the person who was solicited does not have to agree to commit the crime and the prosecutor doesn't even have to prove the intended crime was actually committed, or even attempted, to obtain a conviction.

Legal Defenses for Soliciting a Crime

Our Los Angeles criminal defense lawyer can use a variety of legal strategies to defend you against charges of soliciting someone to commit a crime. Each case will have its own set of unique facts and circumstances.

The potential legal defenses include insufficient evidence because the prosecutor has to have 2 witnesses, or one witness and corroborating evidence.

This is critical for your defense as you can't be convicted can't if the prosecutor can't produce either one.

Our criminal lawyers may also be able to show you were falsely accused by another individual who is attempting to avoid prosecution themselves.

Other potential legal defenses include entrapment, double jeopardy, and coerced confession, among many others.

If we can convince the prosecutor their witnesses are unreliable, or they have insufficient corroborating evidence, they could potentially decide to reduce or even dismiss the charges against you.

If you are under criminal investigation, or already charged with soliciting someone to commit a crime, in violation of California Penal Code Section 653f, contact a Los Angeles criminal defense attorney at Eisner Gorin LLP.

Let our lawyers review the specific details in order to prepare a strong legal defense strategy. We are experienced courtroom negotiators and may be able to prevent a formal filing of charges through pre-filing intervention. We provide a free immediate response.