When Can I Post Bail After a Los Angeles County Arrest? 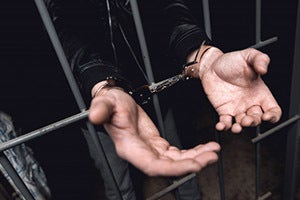 After you are arrested in Los Angeles, when you can get released will depend what you were arrested for, where, and who arrested you.

In the California criminal justice system, bail has to be posted with the court in order to get an inmate released from jail. It's designed to ensure they will appear for future court appearances. There are situations when a judge will release someone on their own recognizance, known as an OR release. This means they don't have to post bail, rather they make a promise to attend their court appearances.

One of the first questions which defendants and family members have immediately following an arrest in Los Angeles County is when, or if, the defendant can post bail to secure their release from law enforcement custody.

The answer to this question depends largely on what the defendant was arrested for, where, and by whom. The amount of bail will vary depending on the crime and the Los Angeles County bail schedules that establish the amount of bail for each type of crime.

The criminal court judge will set the bail and they are afforded discretion to deviate from the bail schedule depending on the details of the case, defendant's criminal history, and flight risk. The most commons ways to post bail is through a cash bail or bail bond.

This blog post will address some of the more common scenarios when or if a defendant can post bail to get released from custody.

Before dealing with the large majority of cases in which cash bail is permitted, it would be helpful to take off the table the small category of situations in which the defendant cannot bail out at any price. These are “no bail” offenses for which a defendant must remain in custody until a judicial officer sets bail in an amount other than no bail.

The most common reasons for a no bail hold include probation or parole violations resulting in bench warrants and extradition warrants from another state. It also includes financial or drug crimes in which the prosecution alleges that bail funds will likely come from a tainted source.

In the third category, the bail hold pursuant to Penal Code Section 1275 can usually be lifted once adequate proof of the bail funds source is demonstrated. However, this can only occur with the approval of a judicial officer, so the defendant has no ability to bail out before an initial appearance in court.

Penal Code 1275.1 states that if there is probable cause to suspect the money or property used to post bail might have come from criminal activity, bail won't be accepted. This is commonly referred to as a 1275 hold. The hold can be placed on defendant by the arresting officer, a prosecutor, or a judge.

In most cases in Los Angeles county, however, the defendant has the ability to post cash bail before seeing a judge or commissioner at arraignment. How soon after arrest the defendant can post cash bail depends on how quickly law enforcement can complete the booking process.

Before bail will be accepted, the defendant must be identified, fingerprinted, and searched. The fingerprints taken at arrest are compared against several state and federal databases to search for outstanding warrants or hits to fingerprints associated with unsolved crimes. This process takes several hours and can sometimes take the better part of a day.

Nevertheless, once booking is complete, the bail process can begin. Defendants will usually utilize a bail bondsman who puts up the actual bail money as collateral for the defendant's appearance at future court dates.

They will take a percentage of the bond amount as a non-refundable fee for incurring the risk of the defendant's flight. If the defendant fails to appear, the bail bondsman's funds will be forfeited to the court. In the more unusual scenario that a defendant can personally pay the full cash amount, this is usually accomplished in person at the custody facility.

In our experience, some agencies require actual cash, whereas others require a cashier's check. Bail bondsmen deal routinely with the various local lockups so they are familiar with the procedures for paying the bond.

In the case of defendants whose cases are filed without an arrest – which is common in white collar or other fraud cases which take a substantial amount of time to investigate – the defendant may have the opportunity to post bail from court at the first court date.

Through prior negotiation, the prosecution and the defense may have agreed on a stipulated bail amount and addressed any issues with possibly tainted funding sources.

The defendant will then have an agent from their bail company present at arraignment and, with the court's permission, remain physically in the courtroom while the bondsman posts the required funds with the bond clerk.

This allows the defendant to be released directly from court without having to go through the normal booking process. The prosecution often, however, requires the defendant to at least be fingerprinted before being released in this manner.

Some prosecuting agencies have the required fingerprint scanning equipment in the same physical building as the arraignment courtroom to facilitate this process.

In other cases, the court may give the defendant an order for “book and release” from a local police agency within a specified number of days to accomplish the same thing.

Lowering Bail or Own Recognizance Release

In cases where, for financial reasons, the defendant is unable to post cash bail, they will have to remain in custody until the first appearance before a judicial officer. At that time, defense counsel can raise arguments about the lack of flight risk or danger to the community posed by the defendant's release.

If the court is persuaded after hearing the arguments of both the prosecution and defense, it has broad discretion to lower the bail amount or even release the defendant on their own recognizance, meaning without posting bail.

However, it is important to note that bailing out before the arraignment is often advantageous to a defendant as doing so results in a new arraignment date weeks or even months down the road.

During this intervening time, defense counsel can present a prefiling intervention position to the prosecuting agency and to law enforcement in an attempt to drop or reduce charges before court.

Anyone who fails to appear after posting bail is facing serious consequences. They are risking forfeiting the entire amount to the court and having a bounty hunter come look for them. If you or a family member has been arrested, call our Los Angeles criminal defense lawyers for assistance on getting released from custody by posting bail.