Can You Win in a System Set Up to Protect Police Officers? 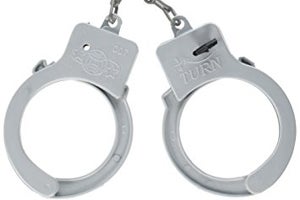 Our criminal defense law firm often deals with cases where police have told half-truths or outright falsehoods about the circumstances leading to our client's arrest.

Recent news articles have sparked renewed interest in the topic of dishonest or lying police officers and their impact on the criminal justice system.

In our practice, it is not infrequent to encounter officers who have told half-truths or outright falsehoods about the circumstances leading to our client's arrest.

This dishonest behavior can affect every aspect of the criminal investigative process including the:

Effective advocacy by your criminal defense attorney requires an understanding of how to expose dishonest officers and challenge their credibility in court. The Los Angeles Times recently ran and expose detailing misconduct by Los Angeles County Sheriff's Deputy Jose Ovalle.

The original article is titled: "An L.A. County deputy fake evidence. Here's how his misconduct was kept secret in court for years." Read here.

As the Times reports, Deputy Ovalle was a potential witness in the cases of 237 separate criminal defendants who were convicted.

Shockingly, Deputy Ovalle had a history of misconduct including planting false blood evidence which was known to the Sheriff's Department, but never disclosed to the vast majority of the defendants who were convicted.

Had this information been known to defense attorneys, it would certainly have been a critical factor in challenged Deputy Ovalle's credibility in a potential trial.

The lack of disclosure of Deputy Ovalle's past misconduct is a symptom of a larger issue in California state courts. California has police privacy laws which are among the most protective of any State in the country.

The onus is on your criminal defense attorney to demonstrate to the court, through the Pitchess motion process (see our page on Pitchess motions here), that an officer's past disciplinary and personnel records are relevant.

Practically speaking, this means that many criminal defendants will never be able to access otherwise relevant records which bear on the credibility of the law enforcement witnesses before going to trial or, more likely, choosing to plead guilty or no contest to avoid the risk and financial burden of a jury trial.

The California Supreme Court is expected to hear a case in the near future involving Los Angeles County Sheriff Jim McDonnell's attempt to disclose a list of problematic officers to State prosecutors.

The police officers' union has vigorously opposed this proposal on the grounds that it violates their members' right to privacy in their personnel records. At the appellate court level, Sheriff McDonnell was forbidden from disclosing the list of serious disciplinary issues based on California's very protective privacy regime.

If you, or someone you know, is charged with a crime based on what you feel was dishonesty by a member of law enforcement, your criminal defense attorney should immediately take steps to protect your rights.

The first and most important step is to consider filing a Pitchess motion to obtain disclosure of any prior disciplinary issues involving the arresting officers.

This can include prior instances of:

Part of the disclosure obtained may be the names and contact information of other witnesses who have had negative interactions with the officer(s) in the past. These witnesses may be called at a hearing on a motion to suppress, or at trial to impeach the officer(s) credibility.

Aggressive litigation of the discovery in a criminal case prior to trial is one of the hallmarks of effective representation which, unfortunately, many criminal defendants are denied due to financial and logistical realities.

If you or a loved one are facing a criminal charge in a Los Angeles County Superior Court which involves potential dishonesty by a member of law enforcement, contact our experienced criminal defense attorneys today for a consultation.

As former district attorneys, our partners worked with police officers very closely for over ten years prosecuting misdemeanor and felony criminal cases. Now in private criminal defense practice, our Los Angeles criminal defense lawyers at Eisner Gorin LLP have seen the other side of system.

A criminal defense lawyer's tool in Superior Court is to file a Pitchess Motion, when misconduct against an officer is alleged by the defendant, to have the trial court review the officer's background - to determine if there have been prior complaints and to find possible defense witnesses who may have also had a run-in with the same police officer.

Contact us to review your case and legal options.