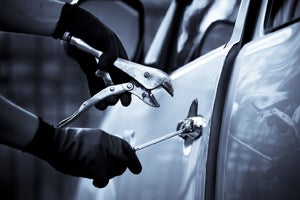 PC 466 makes it a crime to possess certain tools connected with burglary if you have intent to break into a building, car, or other structure.

Possession of burglary tools are covered under California Penal Code Section 466. In basic terms, it's a crime to have possession of certain tools that can be connected with burglary when you possess them with the intent to break into a building, car, or other type of structure.

These tools can include a crowbar, slim jim, keybit, vise grip plies, among many others. In Los Angeles County, burglary is a common offense, thus police consider possession of burglary tools a serious theft crime issue.

LA County prosecutors will aggressively pursue criminal charges and a conviction. However, in some cases, successful prosecution can be difficult as many people who are arrested for possession of burglary tools posses them for work related purposes, rather than criminal intent.

It's important to remember that simple possession of certain tools is not a crime. Penal Code 466 requires that you had possession of the tools for an unlawful purpose.

When Los Angeles police detain individuals for an investigation of possession of burglary tools, they will typically ask specific questions that are designed to get them to make incriminating statements that will be used against them.

It's important to remember police officers are not your friend, in spite of outward friendliness. This is a frequently used police tactic.

A common example of possession of burglary tools arrest includes a situation where police pull someone over on a traffic stop and discover they have an outstanding warrant for their arrest.

While possession of these tools alone is not illegal, possession along with the other items appear suspicious as they are commonly used to commit a home burglary.

From this example, you can see how the tools could be used with the intent to commit a burglary offense.

Typically, prosecutors will attempt to prove you had intent to commit burglary through circumstantial evidence, which is evidence that does not directly prove guilt, but relies on other events or surrounding circumstances that can form a reasonable belief of guilt.

If you have been accused of possession of burglary tools, you need to consult with a Los Angeles criminal defense lawyer at Eisner Gorin LLP as soon as possible.

As stated above, it's critical to remain silent and don't make any statements to Los Angeles police detectives.

They are well paid to build a criminal case against you. Don't help them! Our law firm has a track record of success in defending our clients in all types of burglary cases.

For example, in a recent case in Sylmar Juvenile Court, we were able to obtain a case dismissal against two students breaking into cars.

Now that we have covered a basic overview of possession of burglary tools charges above, let's take a closer examination of the legal definition, related offenses, legal penalties, and potential legal defenses below.

Under California Penal Code Section 466, possession of burglary tools is legally defined as:

Again, it's important to note that while many people own these common tools, it's becomes illegal to have possession or alter these tools if you have intent to break into some type of structure, including:

These other instruments could include any item, if the prosecutor could prove you had possession of the item with criminal intent. Call a Los Angeles criminal defense attorney at our law firm for more information.

California Penal Code Section 466.3 – Possession of tools to tamper with a coin-operated machine: It's illegal to possess a key or instrument that is designed to break in or damage a coin operated machine, such as a vending machine, laundry machine, money changer, or parking meter, if you had criminal intent. You can be charged with a misdemeanor or felony crime. If convicted, you can face a county jail sentence of up to one year, a $1000 fine, or both jail and fine.

California Penal Code Section 466.6 – Making car keys: It's illegal to make keys for another person that is capable of operating the ignition of a motor vehicle by any method other than duplication of an existing key, whether or not for compensation. You are legally required to obtain a receipt and keep information on the person you made the key for and the type of car. A violation of PC 466.6 is a misdemeanor offense, which carries up 6 months in a county jail, and a $1,000 fine.

If you are convicted of possession of burglary tools, in violation of California Penal Code Section 466, you are guilty of a misdemeanor offense. The legal penalties include up to 1 year in county jail, a fine up to $1,000, and summary probation up to 3 years. The court could also impose a stay-away order to prevent you from coming near the location you were allegedly to commit burglary.

Our Los Angeles criminal defense lawyers can use a wide range of legal defenses against your charges of possession of burglary tools, based on the specific facts and circumstances of your case. These legal defenses include:

Again, it's important to note that every case will have its own set of unique circumstances. Maybe you had possession of the tools for a legitimate work project. We will need to closely examine your case details to formulate an effective defense strategy.

If you or a family member are facing an accusation of possession of burglary tools, early intervention by a Los Angeles criminal defense attorney at Eisner Gorin LLP can have a tremendous impact on the outcome of you case.

We may be able to convince the prosecutor from filing formal charges, file a reduced charge, or reject the case completely.

We need to first thoroughly review your case. We offer a free immediate response. Call our law office at 877-781-1570.