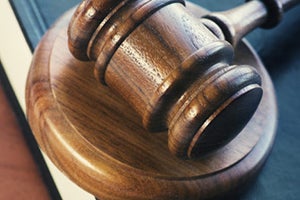 Whether in California State or federal criminal courts, murder and attempted murder cases are certainly the most serious crimes which are prosecuted by the government. Murder is a serious violent crime that is prosecuted aggressively in Los Angeles County, California.

A second-degree murder conviction could result in 15 years to life in prison. Penalties will significantly increase if you are convicted of first degree murder or capital murder.

Under California Penal Code Section 187, murder is defined as causing the death of another person with “malice aforethought,” which means a conscious depraved state of mind intent to cause death or great bodily harm to someone else prior to committing the crime.

Malice is a critical required “element of the crime” to prove first or second degree murder. In California, attempted murder is often punished almost as severely as murder itself. Under Penal Code Section 664, you face up to nine years in a California state prison if convicted of attempted murder.

If you are facing a charge of attempted murder, the prosecution has to be able to prove, beyond reasonable doubt, two critical elements of the crime. The first element is that:

A “direct step” means more than just the planning murder, it requires you to take a step that actually puts that plan into motion.

Federal murder charges are tried in federal court and involve the federal rules of evidence and criminal procedure. Under 18 U.S.C. Section 1111, murder is defined as the “unlawful killing of a human being with malice aforethought.”

This means that you can be found guilty of murder if you intentionally take another person's life after careful thought, planning or preparation. If you are convicted of murder in the first degree, you could be sentenced to life in prison or the death penalty.

A conviction for one of these offenses can result in a life sentence in prison or even, in the case of “special circumstances” cases in California State court, the death penalty.

An effective defense from an experienced criminal defense attorney is therefore critical if you or a loved one is facing a murder or attempted murder charge.

While every case is different, and the precise strategy of defense will depend on all the facts and circumstances of the alleged incident, there are some common defenses which feature in many murder and attempted murder prosecutions.

There have been studies showing mistaken identification as one of the most common reasons for a wrongful conviction. There are many factors that can cause an eyewitness the ability to correctly identify a suspect.

This is due in large part to the inherent unreliability of eyewitness testimony. Particularly in the heat of the moment, when faced with a stressful life or death situation, memories are unreliable.

A witness may honestly believe that they saw one person at the scene when in fact they saw another. Other factors such as bias, assumption, and confusion may lead a witness to simply be unable to say with reliable certainty whom they saw at the scene of the crime.

While generally not a complete defense to a charge of murder or attempted murder, a crime committed in the “heat of passion” may qualify as a lesser offense under the law such as manslaughter. A person acts in the heat of passion when they are reasonably provoked to immediate action by someone else's actions or by the circumstances with which they are confronted.

The classic case of acting in the heat of passion is the spouse who returns home to find their spouse in bed with a third party. If the spouse instantaneously flies into a rage at this sight, pulls out the handgun they happen to be carrying, and attempts to, or actually does, kill the interloper, there is a strong argument that their conduct constitutes the lesser crime of manslaughter rather than murder or attempted murder.

Of course, the facts and circumstances of the particular provocation being claimed by the defendant will determine whether a jury will find their response reasonable or not. In the same example, if the spouse returned home to find that the third party had accidentally scratched their prized automobile, it is very unlikely that the shooting would be a reasonable reaction.

Unlike an act undertaken in the heat of passion after adequate provocation, an act taken in self-defense which results in the death of another individual is not murder, or any crime at all. Everyone has the right to defend his or her life and limb by using physical force.

The question is what level of force is reasonable under the circumstances. If someone breaks into the defendant's home armed with a gun and engages in a shootout with the defendant, ultimately resulting in the burglar's death, it is clear that the defendant acted reasonably in self-defense and should not be charged, much less convicted.

The defense will argue that the situation presented to the defendant required that they respond with potentially deadly force to protect their own physical safety, or that of another, from immediate harm.

Whether or not the force used was reasonable under the circumstances, and therefore qualifies as a genuine act of self-defense, is often a major issue in murder or attempted murder trials.

When the defendant is suffering from a severe mental illness which prevented them from appreciating the nature of their actions or the rightfulness or wrongfulness of their actions, however, they may be deemed legally insane, which is a complete defense.

Again, every criminal case, especially a serious and complex one such as a murder or attempted murder prosecution, is fact-specific. The appropriate defense, or defenses, to the charge will therefore depend on an extensive and in depth appraisal of the physical evidence, witnesses, and other evidence which the prosecution will likely present at trial.

If you, or someone you know has been charged with murder or attempted murder, please contact our experienced Los Angeles criminal defense attorneys for a consultation. Effective representation by experienced criminal defense counsel is critical to achieving the best possible outcome in court.

We serve clients throughout Southern California, including Los Angeles and the San Fernando Valley. Contac us at 877-781-1570.