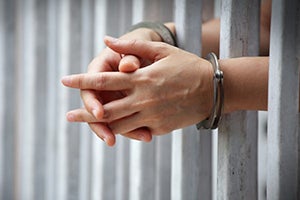 Penal Code 261.5 PC makes it a crime to have sex with a minor under 18 years old in California and it carries harsh penalties if convicted.

California Penal Code Section 261.5 defines the crime of statutory rape, which is also known as unlawful sex with a minor. The simplest way to understand this criminal statute is that it prohibits all sex with individuals under the age of 18. Given this broad definition, defendants and their loved ones will frequently have a number of common-sense questions.

Doesn't it affect the analysis if the defendant was also under 18 at the time? What if the parties were very close in age, maybe less than a year apart, at the time of the alleged contact?

What if the contact was entirely consensual and the parties were in a loving, committed relationship?

As counter-intuitive as it may be, none of these factors affect a defendant's criminal liability under California's statutory rape statute.

Other states have enacted safe harbor provisions sometimes known as “Romeo and Juliet laws,” whereby two very close in age parties (say 18 years old and 17 years old) who have been in a committed relationship prior to one party turning 18 may still lawfully have sexual contact. California notably has not enacted any such provision.

To give readers a better understanding of PC 261.5 statutory rape, our Los Angeles criminal defense lawyers are providing an outline below.

Statutory rape is defined under California Penal Code 261.5 and described as follows:

In order for the prosecutor to convict you of statutory rape, they must be able to prove all the elements of the crime (CALCRIM 1072), including:

It should be noted there is no requirement for the prosecutor to prove any type of force was used to have sexual intercourse or that the victim gave consent.

It's worth noting that minors can also be charged with statutory rape, but their case will be handled in the California juvenile court system.

The ages of the parties are important as a sentencing fact. Where the age gap between the parties is three years or less, a violation of Section 261.5 is always a misdemeanor and carries the following penalties:

In other circumstances, however, statutory rape can be charged as a felony. Where the age gap exceeds three years, a felony violation of Section 261.5 may be alleged, and carries the following penalties:

Those penalties increase to two, three, or four years in the state prison in cases where the defendant is 21 years or older and the alleged victim is 16 years or younger.

Unlike most other sex crimes in California, a conviction for either a misdemeanor or felony violation of Section 261.5 does not require sex-offender registration under Penal Code Section 290.

Keep in mind that if the alleged victim is 14 years-old or younger, the much more serious crime of lewd acts on a child pursuant to Penal Code Section 288 may be alleged. This related offense carries lengthy prison time and potential lifetime registration as a sex offender.

There are statutory rape cases in which the defendant reasonably believes that the other party in a sexual encounter is over 18, but is imply incorrect.

Unlike many other sex crimes, a bona fide, good-faith, belief that the alleged victim is over 18 is a defense to statutory rape. This is because consensual sex would otherwise not be unlawful but for the defendant's good-faith mistake of fact about the alleged victim's age.

When raising this defense, important factors will include the basis for the defendant's belief, the time the parties had known each other, how they met, etc.  The type of evidence to support this defense strategy include:

If the defendant's belief that the alleged victim was over 18 was objectively unreasonable, even their subjective belief to the contrary is no defense.

Another defense includes making an argument the allegation of statutory rape is false. Some California sex crime accusations are made out of anger, jealously, or revenge.

In some cases, the parents of the minor will make false accusations because they are not happy their daughter is dating an older man.

If you, or someone you know, has been accused of, has been arrested for, has been charged with, or is under investigation for statutory rape, contact our team of experienced Los Angeles criminal defense attorneys.

Even before court, the process of prefiling intervention can substantially impact the chances of a successful outcome in your case. We have a long record of success defending clients against any type of sexual related crimes.