Naked California Burglary Suspect Arrested After He Got Stuck in Chimney 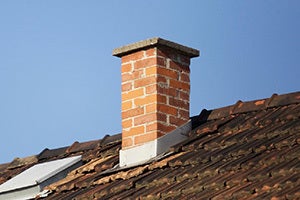 A naked man in Ladera Heights, CA, was removed from a chimney by police officers and arrested for Penal Code 459 PC burglary.

In Ladera Heights, CA, a naked man was pulled from a chimney by police officers and arrested for burglary after he attempted to burglarize a nearby home before running and hiding in the neighbor's chimney.

After he got stuck in the chimney, he began yelling “I'm not crazy,” and was making claims he was drugged and the police officers were going to murder him.

It was also reported that earlier in the day, he attempted to commit burglary on another home in Culver City, CA, but fled the scene after the homeowner confronted him.

The suspect was caught on video at the scene with a towel around his waist after police were leading him to a ladder. A witness claimed the suspect said he had been drinking and that he yelled at other people at the scene that he would never run around butt-naked.

Our California criminal defense attorneys are providing a comprehensive description of burglary charges under Penal Code Section 459 below.

Burglary is described under California Penal Code Section 459. The crime occurs after you enter a property with an intent to commit a theft or a felony once you are inside.

It's important to stop and make note you don't have to actually complete a theft or felony, rather that you only need to have intent to commit the crime to be charged with Penal Code 459.

What type of locations are covered under PC 459? This statute provides a list of locations that could be entered and lead to criminal charges of burglary. They include a home, apartment, stores, and even an inhabited camper, among many others.

Intent to commit a crime is the primary “element of the crime” of burglary under Penal Code 459. The prosecutor has to be able to prove – beyond reasonable doubt – you specifically had an intent to commit theft of a felony after you illegally entered a property.

These elements of the crimes under CALCRIM 1700 Jury Instructions.

This means that if a suspect is highly intoxicated and enters a property by mistake, but have no actual intent to commit a crime, they probably won't be convicted of burglary. Our burglary chimney suspect above just might have a valid defense to his burglary charges if he retains an experienced criminal defense attorney, but of course could be charged with other crimes.

In most burglary cases, the prosecutor will attempt to prove the critical intent element using evidence, such as possession of certain items that are commonly used to commit burglary, like a crowbar.

If convicted of burglary under Penal Code 459, the penalties will depend of the type of charges. If convicted of first-degree residential burglary, it's a felony offense that will carry the following penalties:

If convicted on a felony second-degree burglary, you will face up to three years in a California state prison, a fine up to $10,000, and formal felony probation.

It's important to note that exact penalties for a Penal Code 459 burglary conviction will depend on various facts of your case. These are commonly known as mitigating and aggravating factors and include:

As you can see above, the penalties for a California Penal Code 459 burglary conviction can be severe and have life-changing consequences. There are a wide-range of legal defenses our experienced Los Angeles criminal defense lawyers can argue on your case.

The most common defenses for PC 459 burglary include:

Lack of intent – As discussed above, “intent” is the critical element of the crime. In other words, if we can prove you did not intend to commit a theft or felony after you entered a property, you can't be convicted of burglary. The timing is the key. The prosecutor has to prove you had intent to commit theft at the moment you entered the location.

False Allegation – It's not uncommon for people to get arrested by mistake. We might be able to argue you were falsely accused or the victim of mistaken identity. Perhaps you were accused from someone out of revenge or jealously, or the police conducted an incomplete investigation.

If you or a family member has been accused of burglary in violation of California Penal Code 459, call our law firm for help with the case. Our Los Angeles burglary defense lawyers will review you case and legal options.