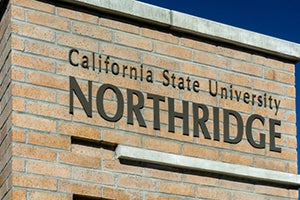 A former soccer player at California State Northridge was convicted on Penal Code 261 PC rape of a woman on campus and taken into custody for sentencing.

A former soccer player at California State Northridge has been convicted of raping a woman on the campus that occurred in January 2018.

According to Los Angeles County jail records, he was taken into custody in August 2018 by Cal State Northridge police, but was released on bond. He was then re-arrested in June. He was initially charged with attacking three women.

When the Los Angeles Police Department announced they arrested CSUN student, Davis Moreno-Jaime, 20, for sexual assault back in August 2018, they encouraged other victims to come forward a make a police report.

According to the Los Angeles County District Attorney's Office, his conviction for rape means he is now facing up to eight years in a California state prison. He is scheduled to be sentenced at the San Fernando Courthouse in October 2019. He is a graduate of Redlands High School.

How is Rape Defined in California?

Under California Penal Code 261 describes rape as nonconsensual sexual intercourse using force, fraud, threats, or with a victim who is unconscious or incapable of giving consent. PC 261 defines the crime of “rape” in part as:

“An act of sexual intercourse accomplished with a someone under any of the following circumstances; against a person's will by means of force, violence, duress, menace, or fear of immediate and unlawful bodily injury on the person or another.”

Within this definition, the terms “force” and “violence” don't need a further explanation. But, what exactly is “duress?” It's a direct or implied threat that is sufficient enough to coerce a reasonable person to make an agreement to perform an act they would not typically allow.

The term “menace” is a threat or an act that shows there is a specific intent to inflict injury on the victim. A fear of bodily harm or retaliation can be a threat to commit kidnapping, false imprisonment, or inflict pain or death on the victim, or someone else. The term “fraud” means to convince the victim that intercourse would serve some type of other purpose when it doesn't.

In order for the prosecutor to convict you of rape in violation of Penal Code 261 PC, they must be able to prove all the elements of the crime, including:

It should be noted that in the context of “rape,” sexual intercourse is described as any type of penetration, even slight, and ejaculation is not required. The issue of “consent” is often debated in rape cases by criminal defense lawyers. In simple terms, consent is an exercise of free will and done so voluntarily knowing the nature of the sexual act.

It should also be noted that even in cases where a victim may have initially consented to sexual intercourse, they can withdraw that consent. The victim would need to verbally object and attempt to stop the intercourse.

A common technique used by police in order to support an alleged victims story in a rape case is known as a “pretext phone call.” This call is made by the victim to the man and is recorded by the police.

The alleged victim will verbally confront the man with the rape allegations on the phone in an attempt to get him to make incriminating statements on tape. Police will monitor his reaction in an effort to prove the victim is telling the truth. In some cases, the man will apologize or remain silent, and other times he will deny the allegation.

If there is a pretext call was not conclusive, then it's the job of a criminal defense lawyer to provide a reasonable explanation to his response. You should never go down to a police station to answer questions without first consulting with an attorney.

It's a rare situation for someone to make statements to police in a rape investigation that have ended up helping them in any significant way.

You have the legal right to remain silent and consult with a lawyer and should exercise that right. The police are not your friend in spite of outward expressions and false claims they only want to get your side of the story.

Penalties for PC 261 Rape in California

Rape under California Penal Code 261 is always a felony crime. If you are convicted, the penalties include:

Most California rape convictions will result in the requirement of lifetime registration as a tier-three sex offender under California Penal Code 290. A three-tier sex registration system in California was established by Senate Bill 384.

Our Los Angeles criminal defense lawyers can use a wide range of strategies to defend you against charges of rape that violate California penal Code 261. These include:

A common defense in rape cases is to make an argument that the alleged victim gave consent to engage in sexual intercourse. Perhaps our criminal lawyers can make a reasonable challenge that no rape occurred. Maybe the alleged victim initially consented, but changed her mind and did not sufficiently communicate that she was withdrawing consent.

In other situations, we might be able to argue that even though the alleged victim didn't actually give consent, you had a reasonable belief she did give consent. This is known as a "mistake of fact" legal defense.

In some cases, if there is sufficient evidence, we might be able argue you were wrongfully accused and falsely arrested. Rape is a crime that has often reported out of anger, jealously, revenge, or other motives. If you are under investigation, or already charged with Penal Code 261 rape, you need to consult with our Los Angeles criminal defense lawyers to review the details and options.

We have effectively used our pre-filing intervention in rape cases to avoid the formal filing of criminal charges.

Early intervention into your case by our experienced legal team can be crucial to the outcome.