What Happens if You Resist Police During an Arrest? 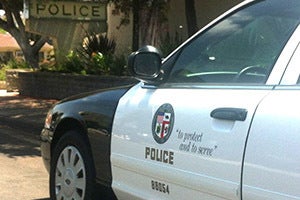 If you resist arrest in Los Angeles, you could face criminal charges under a variety of California statutes, such as Penal Code 148(a)(1) PC.

Getting arrested for any type of crime is never a good experience. If you resist the police who are performing their lawful duties, it will always make a bad situation worse. This is not to suggest you don't have rights when you are stopped by police and decline to answer any questions.

However, you don't have the right to impede an officer's lawful investigation, during a DUI stop or other type of situation. If you fail to understand the difference, then you could quickly find yourself facing additional criminal charges.

Under California law, resisting arrest by a law enforcement officer can both give rise to its own criminal charges under Penal Code 148 as well as being treated as an aggravating factor in the adjudication of whatever underlying offense led to the defendant's arrest.

Resisting arrest under California Penal Code 148(a)(1) is the misdemeanor version of Penal Code 69, which is a “wobbler” that can be charged as a misdemeanor or felony crime. PC 148(a)(1) is violated when you obstruct law enforcement when they are performing their duties.

The prosecutor has to prove you knew or should have known that the person affected was a law enforcement officer performing such duties. In order to prove this, a prosecutor will argue what a reasonable person would have realized or understood the nature of the obstruction.

Running Away vs. Physical Confrontation

In general, resisting arrest takes two forms: running away and engaging in a physical struggle with law enforcement to prevent them from handcuffing or taking the defendant away from the scene.

There is an exceedingly narrow set of cases in which physically resisting law enforcement during their attempts to execute an arrest will be excused by courts. These are the situations in which the arresting officer was acting unlawfully, and therefore the arrest did not fall within the officer's performance of their job duties (CALCRIM 2670).

Since a law enforcement officer's job does not include unlawfully arresting citizens, when an officer attempts to do so it is permitted to resist that arrest provided that only reasonable force is used to do so.

The reason this category is very narrow is that the standard for arresting someone lawfully is much lower than that required to actually convict them in criminal court.  A law enforcement officer can arrest someone based on probable cause whereas a conviction in criminal court requires proof beyond a reasonable doubt.

Even if the defendant is later acquitted of the underlying charges, they can still be guilty of resisting arrest as long as the arrest was supported by probable cause.

In the majority of cases, where the arrest is supported by probable cause, any physical resistance to law enforcement is a crime in of itself. The officers need not be injured and the degree of force utilized by the defendant need not be significant.

Squirming, pushing and pulling, attempting to turn away to prevent handcuffs from being applied, or any other physical movement designed to frustrate the arrest will qualify as resisting arrest.

These forms of basic physical resistance often result in charges of resisting arrest under Penal Code Section 148(a)(1). This is a misdemeanor offense punishable by up to a year in the county jail.

Where more violent resistance is offered by the defendant, several other charges may apply. Penal Code Section 241(c) codifies the crime of assault on a peace officer (CALCRIM 900). Assault differs from battery in that no actual physical contact needs to occur.

Rather, the defendant must merely possess the present ability to use force against a peace officer and take some action which would probably result in the application of force to the peace officer.

A paradigmatic example would be throwing a rock at a police officer, but missing. A Section 241(c) charge is also a misdemeanor which can result in up to a year in the county jail.

When the application of force to the peace officer actually succeeds, the defendant may be charged with battery on a peace officer under California Penal Code Section 243(b) or 243(c)(2).

The difference between the two battery provisions is whether or not injury occurred to the victim requiring medical treatment. If it did not, Section 243(b) is used and the defendant faces a misdemeanor charge with a maximum punishment of one year in the county jail.

If it did, Section 243(c)(2) provides for potential felony punishment including 16 months, two years, or three years in the California State Prison.

Note that the same amount of force might be used in both scenarios, but if an injury results even from a relatively minor use of force by the defendant, the punishment can include a felony conviction. This makes a Section 243(c)(2) charge much more serious than the standard Section 148(a) resisting charge.

One of the unfortunate realities in plea bargaining for defendants who were themselves arguably the victims of unreasonable or excessive police action is that a Penal Code Section 148(a)(1) charge may be used as a disincentive to file a civil rights lawsuit against the law enforcement agency who effected the defendant's arrest.

If the defendant is convicted of resisting, the chances of obtaining civil relief in the form of money damages based on the wrongful actions of the officers is decreased dramatically.

There are cases in which prosecuting agencies are willing to dismiss all underlying charges and give extremely lenient sentences to defendants but insist on a plea to a Section 148(a) offense, likely as a way of shielding the government from potential civil liability.

If the defendant is dead set on a civil rights suit, therefore, they may have to risk a jury trial in the criminal case to secure an acquittal.