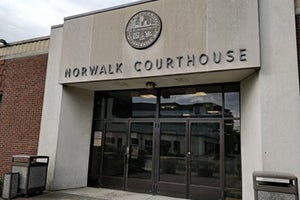 The Norwalk courthouse is located in southern Los Angeles close to Downey off the I-5 freeway. The Los Angeles Sheriff's Department handles investigation of crimes and anyone arrested in will typically have their case filed in the Norwalk Court and prosecuted by the Los Angeles County District Attorney's Office.

Our criminal defense law firm represents clients charged with all types of crimes in the Norwalk court, including domestic violence, theft crimes, drug crimes, violent crimes, and more. We focus on pre-filing intervention to avoid formal filing of charges and also aggressively work to minimize the impact an arrest on our client's life by obtaining the best possible outcome.

If you have been accused of a crime or under investigation, it's important to retain an experienced Norwalk criminal defense lawyer who is familiar with the local prosecutors and judges. Our attorneys frequently handle criminal cases in Norwalk and have a clear understanding of court procedures and how the prosecutor will pursue your case. This allows us to prepare an effective defense strategy in advance. Our law firm has handled countless criminal cases in Los Angeles County and have a track record of success.

If you have been arrested for a misdemeanor or felony crime around Norwalk, California, retaining an experienced criminal defense attorney early into your case is critical. The consequences of a criminal conviction can include county jail or state prison time, large fines, community service, and probation.

However, these harsh life-altering consequences can be minimized or even avoided with the proper defense representation of a skilled Norwalk criminal lawyer. The lasting impact of a conviction can go well beyond your sentencing because a criminal record can have a negative impact on your personal and profession life.

Norwalk criminal defense lawyers, Dmitry Gorin and Alan Eisner, have over 60 years combined experience, making them among the most experienced law firms in Southern California. As former senior prosecutors with the Los Angeles County District Attorney's Office, we know how prosecutors in Norwalk court will attempt to build their case against you. Our law firm has successfully defended clients against the most common crimes in Norwalk, including the following below.

After the passage of California Proposition 47, it resulted in major changes in the manner of how simple drug possession charges were prosecuted in Norwalk Courthouse. For example, controlled substances such as cocaine, methamphetamine, and heroin were charged as a felony offense. Prop 47 made these prior felony drug possession crimes under California Health and Safety Code 11350 and 11377 misdemeanor crimes.

However, people with prior serious felony convictions or registered sex offenders could still be charged with felony drug possession. Additionally, possession of drugs with intent to sell or trafficking remain a straight felony drug crime. If you are facing a drug-related allegation, contact our law firm to review the details of your case and best legal options.

Domestic violence related incidents are a very common occurrence in Norwalk and are aggressively prosecuted. It's important to note that it's a myth the alleged victim can drop the charges. They can't.  it's simply not their decision to make.

The most common domestic violence charges filed by the prosecutor include domestic battery, corporal injury on spouse, witness intimidation, elder abuse, and issues with violating a protective or restraining order. A domestic violence conviction will often carry severe legal penalties, including a jail time, fines, probation, 52-week batterers' intervention class, and loss of your gun rights. In many domestic violence cases, obtaining a favorable outcome on your case will depend on the experience of your lawyer. Contact our domestic violence attorneys to review the details of your incident.

Even if a misdemeanor theft crime conviction doesn't result in jail time, it can still have a major negative impact of your life, such as loss of a professional license and difficulty in obtaining future employment. Early intervention by our criminal defense attorneys is often critical to the outcome of your case. Our pre-filing intervention has resulted in countless cases of dismissed theft crime charges.

Driving Under the Influence

While most DUI's in Norwalk Court are typically prosecuted as a misdemeanor under California Vehicle Code 23152, they can be charged as a felony crime under California Vehicle Code 23153. A felony DUI case could be filed if aggravating circumstances are alleged in your drunk driving case, such as causing an accident that resulted in serious bodily injury or death of another person.

In addition, if you have a prior DUI or wet reckless conviction, a subsequent drunk driving offense that caused the death of another person would not just result in the DA filing a felony DUI case, you would also be charged with 2nd degree murder, which is commonly known as a “Watson Murder.” The legal penalties for a DUI in Norwalk Court includes jail time, fines, probation, driver's license suspension, and mandatory installation of an ignition interlock device.

The use force or threat of force on another person is considered a California violent crime and most of these offenses are “wobblers,” which means the Norwalk prosecutor has the discretion to file the case as either a misdemeanor or felony crime.

Common violent crimes range from misdemeanor simple battery and assault, to the more serious crimes like murder, attempted murder, armed robbery, robbery, assault with a deadly weapon and weapons charges. It should be noted that violent crimes can also include behavior where there was no actual physical contact or injury, such as criminal threats and stalking cases.

A criminal conviction for a violent crime will normality result in harsh legal penalties in Los Angeles County. This includes incarceration is a county jail or California state prison. You need a criminal defense lawyer with experience handling violent crime cases in the Norwalk Courthouse.

Over the past several decades, our Norwalk criminal defense lawyers have secured a positive reputation with the prosecutors and judges in Norwalk Court. Our law firm can defend you against any type of state or federal crime and are dedicated to obtaining the best possible outcome on your case.

Our attorneys are California State-Bar Certified Specialist in criminal defense law with vast experience defending clients who have been accused of any type of crime. If you have been arrested or under criminal investigation, you should call our law office immediately to review your case.  Call our law firm at 877-781-1570.